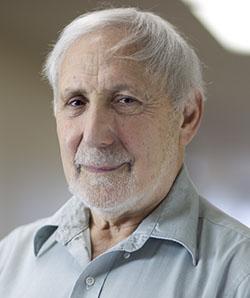 We use a lentiviral vector to insert a strong promoter near genes in human cells, generating specific cell clones that over-express specific proteins, changing their properties in ways that we can select. This methodology has very broad applications.We have used it to block the constitutive activation of NFkB by over-expressing a novel negative regulator that modifies a key lysine methylation site on the p65 subunit. We have extended our studies of the lysine methylation of p65 to similar modifications of STATs. We also use promoter insertion to over-express proteins that mediate resistance to a variety of chemotherapeutic drugs, for example, the over-expression of kinesins mediates resistance to taxanes. STAT1 and STAT3, activated by phosphorylation in response to interferons and IL-6, respectively, also drive gene expression in their un-phosphorylated forms, which are strongly induced by these cytokines. Un-phosphorylated STAT1 prolongs the expression of a subset of interferon-induced genes to prolong the antiviral response. These proteins also mediate the resistance of cancer cells to DNA damaging therapies, suggesting that blocking the response to endogenous interferon in cancers may sensitize them to such therapies.