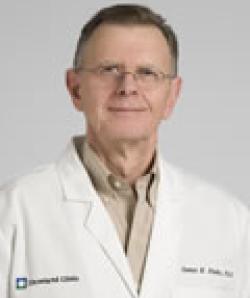 My research effort is directed toward defining the mechanisms by which the tumor microenvironment can negatively influence the development of T cell immunity to cancer. The major focus has been on T cell suppression mechanisms in patients with renal cell carcinoma (RCC). One main project has been to identify those gangliosides that are shed from human RCC and assess their impact on T cell function, including their capacity to modulate cytokine/chemokine gene expression and stimulate T cell apoptosis. Over the past 5 years the role of myeloid derived suppressor cells (MDSCs) in immune dysfunction has become the major focus in my laboratory. We showed that MDSCs were increased in the peripheral blood of RCC patients, and that in vitro depletion of these cells significantly reversed T cell suppression. We also showed that the tyrosine kinase inhibitor (TKI) sunitinib, which is now front line therapy for metastatic RCC, reduces the number of MDSCs in RCC patients and in 4 mouse tumor models, resulting in improved T cell function. We are beginning to define the mechanisms by which sunitinib inhibits MDSC accumulation in tumor bearing hosts, and to test whether the ability of sunitinib to restore T cell responses will improve immunotherapeutic outcomes when combined with vaccines or adoptive T cell therapy.