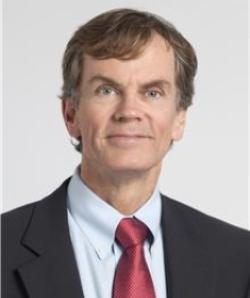 My focus is in vascular function in health and disease; inflammation and thrombosis, antiphospholipid antibodies, and miRNA.

The McCrae laboratory studies several projects relevant to vascular function in health and disease. One involves the "antiphospholipid syndrome", a disorder characterized by of thrombosis and recurrent fetal loss in otherwise healthy individuals. Patients with this disorder have antibodies reactive with a plasma protein, beta2-glycoprotein 1, and we have shown that these antibodies activate endothelial cells in a beta2-GPI dependent manner. Activation is mediated through formation of a multiprotein complex on the endothelial surface that includes annexin A2 and TLR4, and we are characterizing this complex and the subsequent signaling pathway.

In a second project, we have studied the role of high molecular weight kininogen (HK) in regulating vascular function. We have prepared kininogen deficient mice, and found them to have enhanced angiogenesis and accelerated tumor growth. These mice are also protected from thrombosis and stroke yet do not have any predisposition to bleeding. We are currently developing strategies to deplete or inhibit kininogen in a therapeutic manner.

A third project focuses on the detection and function of microparticles in the development and propogation of vascular disease and cancer. Microparticles are subcellular particles derived from a number of cell types, that circulate in plasma. Microparticles promote thrombosis through expression of tissue factor, and carry mRNA and other genetic information that can be transferred among various cell types throughout the body. We will characterize the role of microparticles as an indicator of disease in humans, while further exploring their functions in vitro.