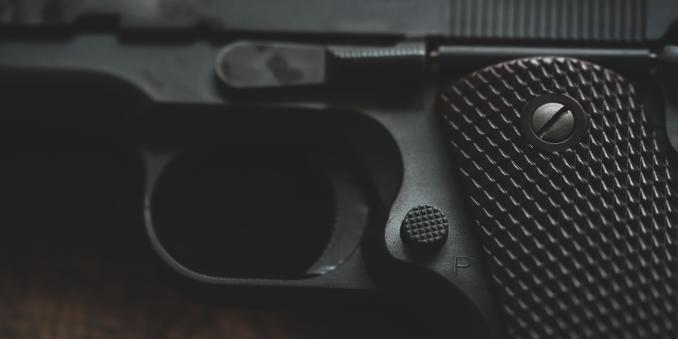 Most days, Dan Flannery, PhD, takes an objective, evidence-based approach to reducing gun violence. That’s his job as director of the Begun Center for Violence Prevention Research and Education at the Jack, Joseph and Morton Mandel School of Applied Social Sciences.

But when he received a recent middle-of-the-night phone call from his daughter in California, the topic turned personal. Her boyfriend, she explained through sobs, had been shot and killed when a bar fight turned tragic. He didn’t know what to tell her, he recalled, or how to explain why it happened. But he knows it’s a scenario playing out more frequently all over the United States. 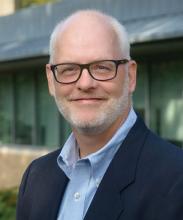 “It’s not just the highly publicized mass shootings, but the everyday gun violence that’s going on,” Flannery said. “All of us are impacted by this.”

The Begun Center, founded in 2000 with the support of the Semi J. and Ruth W. Begun Foundation, has focused on violence prevention for more than two decades, with Flannery as its director since 2011. Gun violence has been one of the more vexing areas of focus, in part because comprehensive and central access to key data is still lacking—and the politics around the issue are challenging. But with the Begun Center’s expertise, credibility and strong partnerships in Cleveland, Northeast Ohio and beyond, they’ve made progress.

“Dan and his team have been highly successful not only generating a level of research, but a level of impact with training, policy, talking to the media, policing and working with government officials,’’ said Mandel School Dean Dexter Voisin, PhD, whose own research has examined how structural, racial and interpersonal violence impacts health behaviors and outcomes in minority populations. “There are very few centers across the country that are doing this breadth of work.”

The center’s ability to secure funding is key to its progress. Last fiscal year (July 1, 2021–June 30, 2022), the center generated more than $12 million in external funding and grants, which was up about $3 million from the year before. The Begun Foundation, founded by Semi and Ruth Begun, has continued its support since the center’s founding.

“Ruth was very passionate about quantitative analysis,’’ said Allan Steinhardt, president of the Begun Foundation, and Ruth’s nephew. “She would always be pushing evidence-based research. No better place to be looking at violence prevention evidence-based practice than the Begun Center.”

Laws and politics have been strong barriers to gathering comprehensive data and applying it to create better policies and community initiatives, Flannery said. Earlier this year, there was some progress: President Joe Biden signed into law the Bipartisan Safer Communities Act, the first major federal gun safety legislation in decades. It’s a step forward, but Flannery said it fails to address two important restrictions needed to truly reduce gun violence and mass shootings: required background checks on all gun purchases, even for gun shows and private sales, and a ban on assault-style weapons, high-capacity ammunition clips and bump stocks—products that modify single-trigger guns to fire like machine guns. Flannery and other scholars made this argument in the Coalition of National Researchers’ Violence Prevention Plan, an eight-point plan of needed changes to reduce gun violence.

But it’s more than just bans and background checks, according to Flannery. Preventing gun violence also requires research, which, until 2019, was prohibited at the nation’s leading public health institutions—the National Institutes of Health and the Centers for Disease Control and Prevention—by the Dickey Amendment.

“We’re way behind where we should be with gun violence research,” Flannery said. “Though many restrictions [on research] have recently been lifted, there are still strong political guardrails around this issue.”

In the late 20th century, motor vehicle deaths decreased dramatically thanks to a public health effort undertaken by the federal government. Legislation, safety bureaus, research and monitoring efforts led to commonplace safety measures such as seat belts, airbags and guardrails. This public health approach, Flannery said, is the most effective way to reduce gun violence, too.

“We know those are things that can work if we had evidence to demonstrate their effectiveness,” he said.

A GUN VIOLENCE PROBLEM IN THE U.S.

Mass shootings like the one in Uvalde, Texas, in which a gunman killed 19 elementary school students and two teachers, often grab the headlines and rattle parents. But statistics show it’s not just mass shootings that reflect the growing problem of gun violence.

That evidence is being unearthed by the Begun Center’s monitoring and research. 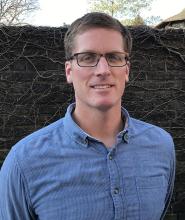 Begun Center Research Data Manager Ryan McMaster has been making headway into gun research in the city of Cleveland and Cuyahoga County. Working with the Cleveland Department of Public Health and other partners, he’s pulling together various gun-related data to analyze.

“We’re just trying to tell the story from an objective standpoint with the data,’’ McMaster said. “That’s a very important first step.”

He said this entails plotting where the gun violence occurs. This might not reveal surprising conclusions at first blush, he said, but it can help inform how to better address it. He likens it to how opioid research—which he also does—has helped identify the most impacted populations, so resources and money can be targeted there.

“With gun crime, I think the response should be very similar,’’ he said. “You need to know where and who this is affecting and start creating plans to address it. The data really solidifies who [is impacted] and where the problems are the greatest.”

‘Make fewer victims in the world’

As a former special agent with the Bureau of Alcohol, Tobacco, Firearms and Explosives (ATF), Ed Dabkowski has stood in too many classrooms talking to kids who knew someone who had been shot and killed, or who had regularly heard gunshots near their homes. He said that drove him to focus on how to “make fewer victims in the world,’’ not just lock people up.

“Nobody wants to stand in front of a class of 15-years-olds and watch half the class raise their hand because they hear gunfire in their neighborhoods,” he said.

Dabkowski, who is now a research associate at the Begun Center, said finding direct funding for gun violence research is a challenge. That’s why he and his colleagues get creative and smart about using access to other data to inform their gun violence work.

“The great thing about Begun is that it’s got so many different partners—police, hospitals, foundations—so it’s got a lot of visibility through different data to ask: How are firearms fitting in? What kind of firearms data would this source have? Who’s got what piece of this puzzle?” Dabkowski said.

These partnerships exist thanks to the respected and widely known expertise of the center’s researchers, and the collaborative and sustained effort to engage the community.

For example, the Cuyahoga County Prosecutor’s Office—specifically the Crime Strategies Unit and Crime Gun Intelligence Center—and the Begun Center are partnered on a grant from the Department of Justice Bureau of Justice Assistance to prevent and respond to violent crime.

“You have to ask,” Dabkowski explained, “what does data tell us [about] how to address this problem?” So they share and apply that data with the prosecutor’s office to interrupt the cycle of gun violence and, hopefully, increase the successful prosecution of violent offenders.

As director of the Partnership for a Safer Cleveland, a nonprofit that works to advance innovations in data-driven policing and other safety initiatives, Mike Walker works closely with Flannery and the Begun Center on identifying an effective, comprehensive approach to reduce violent crime in the city.

“You need to have a very trustworthy group of scientists who work to understand things, and we’re very fortunate to have that in Cleveland with the Begun Center,” Walker said. “They’re invaluable.”

Greg White, a former U.S. attorney and federal magistrate, worked closely with the Begun Center for many years and describes it as a valuable resource. In his role overseeing the settlement between the City of Cleveland and the U.S. Department of Justice over police use-of-force, White said the Begun Center was critical in assisting the city with data analysis and developing evidence-based practices to address the problems.

Working toward a national model

While addressing issues close to home is critical, Dean Voisin is confident the center’s work can also make a broader impact—and Begun Center researchers have already done so by raising public awareness of myriad, complex issues surrounding gun violence. In just the last year, they have been sought for their insights by dozens of regional and national media outlets, including the Los Angeles Times, CNN, ABC News and Huffington Post.

So Voisin is looking to the Begun Center to continue to elevate its profile as a national leader in violence prevention.

“I’d like for them to find a way to capture their success and share it with other centers throughout the country,” he said. “Gun violence isn’t a local issue. It’s a national issue.”

And for Flannery, it’s also deeply personal. “This affects all of us—if not now, then eventually,’’ he said.

“The issue of gun violence is not going away.” 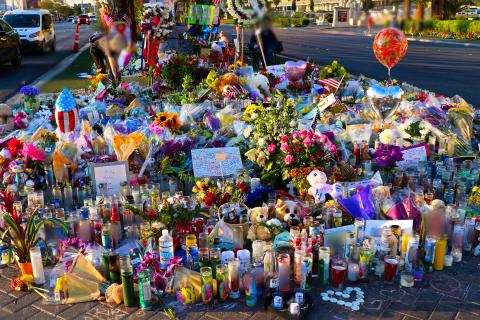 Read more stories like this in the Fall 2022 edition of Action.