Homelessness just ‘one of the concerns’ when someone is evicted 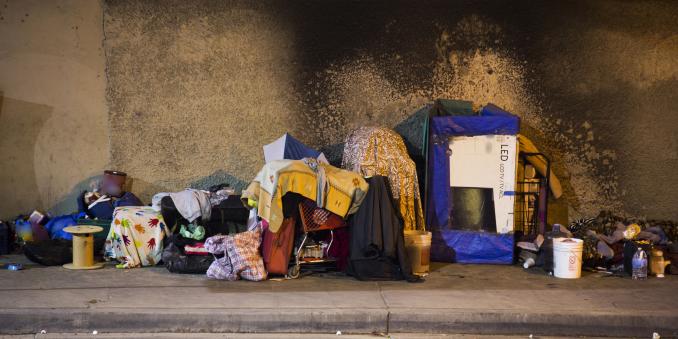 A team of researchers from Case Western Reserve University analyzed five years’ worth of eviction data from the Cleveland Housing Court and spent several weeks in court interviewing those who were evicted.

They found that the threat of homelessness is just one of the worries for those losing their homes.

In addition to the mental and emotional toll of uprooting families to find stable, affordable housing, children facing eviction are at a higher risk for lead exposure and poorer outcomes in the classroom, according to new research from the university’s Jack, Joseph and Morton Mandel School of Applied Social Sciences.

Researchers from the school’s Center on Urban Poverty and Community Development carried out two studies: for the first, they observed 450 eviction cases and interviewed nearly 100 people facing eviction in Cleveland Housing Court. For the second, they linked eviction filing records from 2013-16 with administrative records to learn about residential mobility, homeless shelter use, school absenteeism and childhood lead testing and poisoning in low-income families facing eviction. The studies were commissioned by the Legal Aid Society of Cleveland.

“We were then able to draw some consequential connections between them,” said Francisca García-Cobián Richter, research assistant professor at the Center on Urban Poverty and Community Development at the Mandel School.

“Folks are being evicted from substandard housing, moving from one low-opportunity neighborhood to another; we found that the threat of homelessness is just one of the concerns for those facing eviction,” said April Urban, the director of community responsive analytics at the Poverty Center and co-author of the study. “More than 90% of cases we observed in housing court were for non-payment of rent, and on average families owed less than $2,000.”

Richter said they’ve shared their findings with officials at the Cleveland Housing Court, and will continue to reach out to policy-makers, to see whether there are improvements that can be made.

“Our study illuminates the added hardship that eviction presents for families already facing housing affordability and quality challenges,” she said. “This identifies the need to focus on eviction-prevention with an overall strategy to address weaknesses in our social safety net and housing programs.”

Researchers issued two reports related to their findings. The first, The Cleveland Eviction Study: Observations in Eviction Court and the Stories of People Facing Eviction, outlines several key points of intervention that include:

The second report, The Cleveland Eviction Study: Downstream Paths of Evictions into Homelessness and Loss of Human Capital, outlines some of the social problems that evictions present. Some of those concerns include poor school attendance. Children between seventh and 12th grade at the time of filing miss about 15% of school days per year. In the year of the eviction, that rate increased to 20%, according to the research. Additionally, children who are evicted tend to get tested for lead poisoning less often than those not evicted.

Researchers also created a research brief summarizing both reports, and an interactive map to allow people to interact with the data, neighborhood by neighborhood. “We want to enable the community to dive into the data and take a look at the trends in their neighborhoods,” said Urban.

Richter and Urban were joined in the research by Claudia Coulton, the Lillian F. Harris Professor of Urban Research & Social Change, a Distinguished University Professor at the Mandel School and the founding director of the Center on Urban Poverty.