It’s Women’s Equality Day—what does equality look like to you? 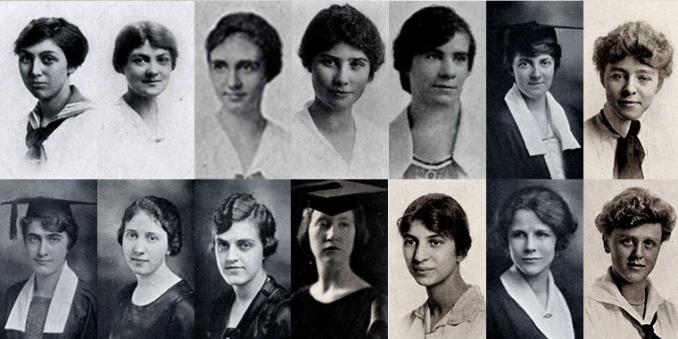 Exactly 102 years ago today, Congress certified the 19th Amendment to the United States Constitution to ensure voting rights for women—though full electoral equality for women of color didn’t come until decades later. After decades of activism by suffragists to achieve this right, many thought the issue was laid to rest: the genders were equal.

Women’s Equality Day (Aug. 26), a national day of recognition designated by Congress in 1971, commemorates the amendment’s adoption while highlighting how the decades to follow its passage illustrated “equal rights” were—and remain—an unachieved goal. Gender-based discrimination still pervades countless aspects of daily life, and its effects continue to shape the laws in our country.

At Case Western Reserve University, many dedicated resources focus on the unique daily struggles faced by those who are woman-identified, have uteruses, or are able to become pregnant. From the work of the Flora Stone Mather Center for Women to coursework in the College of Arts and Sciences’ women’s and gender studies program, research guides compiled by staff at Kelvin Smith Library, and even entries in the Encyclopedia of Cleveland History, the university community need not look far to find resources on the topic.

A compilation from staff in the University Archives titled “Celebrating the Campus Suffragists” provides yet another example—it commemorates the centennial of women’s suffrage while recognizing student and community suffragists who advocated for the passage of the 19th Amendment. The first College Equal Suffrage League chapter was founded at Western Reserve University in 1908, and while membership fluctuated over the years, the chapter went on to become part of the Woman Suffrage Party of Greater Cleveland; many of its members are featured in the image above.

To encourage reflection on the continuous struggle for women’s equality in all spheres of life, The Daily asked self-identified women members of the CWRU community to share their thoughts on what equality looks like to them, today.

“Equality to me is the spirit and everyday action of genuinely valuing the identities, contributions, rights, and roles of all people in our society. It is about ensuring equal access to resources and developing systems and structures that do not create barriers for any individual for any reason. I believe we need to not just talk about equality, we need to notice, practice, and challenge the barriers every day. I can only imagine the global shift if we all made a commitment to creating and ensuring equality for all humans.”

“Women’s Equality Day is always an introspective day for me. It is an acknowledgment and remembrance of the women who petitioned, marched, were imprisoned, and participated in hunger strikes to win the first major victory for women’s voting rights with the 19th Amendment. It also is a time to reflect on the suffrage movement’s major criticism—as a movement that only supported white, middle- and upper-class women’s rights to vote. We can learn much from the suffrage movement on how to organize more inclusively by learning from their mistakes. Finally, this year particularly, I am thoughtful on how quickly rights can be taken away or reshaped. Women’s Equality Day can remind us what is at stake for all genders to join together in protecting and expanding gender equity for all.”