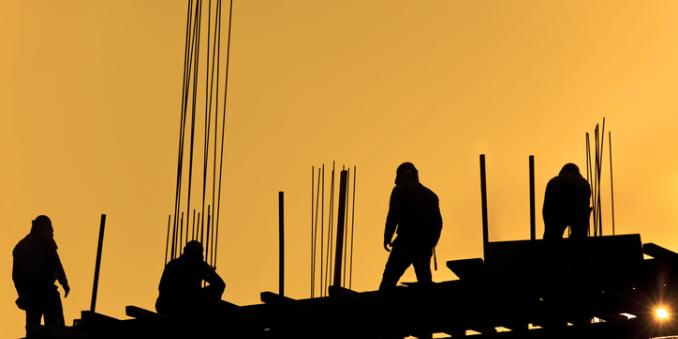 According to late-1800s folklore, Black American railroad worker John Henry endured a contest that would tax his strength enough to kill him.

The legend goes that John Henry, whose job was to hammer metal rods into rock, was pitted in a race against a steam-powered drill that threatened the workers’ livelihoods because the machine was faster. Against the odds, he won—but died from the stress.

“In short, the John Henryism effect suggests that inequality has a hidden health impact that builds up over a lifetime,” said Ann W. Nguyen, assistant professor at the university’s Jack, Joseph and Morton Mandel School of Applied Social Sciences. She has co-authored a new study examining differences in the John Henryism hypothesis across subgroups of the Black diaspora in the U.S.

The study, involving a team of researchers from several universities across the nation, examined data collected from the National Survey of American Life of 546 African Americans and 141 Caribbean Blacks, all older than 55. Participants were surveyed about their health concerns, such as hypertension and blood pressure; that data was compared and measured against John Henryism and discrimination.

More than 85% of the participants reported using John Henryism as a strategy to cope with discrimination, according to the study. However, the resulting health concerns for African Americans was significantly higher than for Caribbean Blacks.

Working harder as a coping mechanism—especially when facing discrimination—could essentially backfire for Black Americans, according to the research, recently published in the Journals of Gerontology.

“Caribbeans Blacks’ experiences have been much different from those of African Americans,” Nguyen said. “Additionally, the concept of Blackness is much more stigmatized here in the U.S. than in Caribbean countries.”

Coined in the 1980s by renowned epidemiologist Sherman James, John Henryism is a term describing some Black Americans’ response to discrimination. Namely, that they can overcome its effects through working harder and longer. Unfortunately, James and others found that such extraordinary ongoing exertion also leads to accumulated physiological costs, such as hypertension and high blood pressure.

“Think of high-effort coping as the idea of trying and trying,” Nguyen said. “And when you’re set back, you try harder rather than going to other people for help and support.”

Nguyen wondered whether the findings for Caribbean Blacks would hold up over time.

“This survey is a cross-sectional study, essentially a snapshot in time,” she said. “I think a longitudinal study—which would follow participants over a length of time—might provide deeper insights and possibly show that the use of high effort coping in response to discrimination is just as harmful for Caribbeans Blacks over time as it is for African Americans.”

This story appeared in The Daily, Health News Digest and Medical Xpress on Jan. 21, 2022.