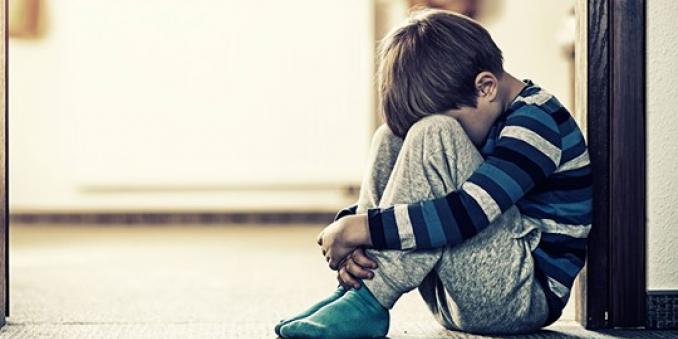 Some of the most affected by domestic violence are also the youngest. Each year, more than 6% of all children in the United States are exposed to domestic violence and require intervention services from various agencies, according to the Centers for Disease Control.

A team of researchers at Case Western Reserve University surveyed 105 agencies throughout Ohio to better understand service, policy and research needs—and get feedback about potential strategies to protect children from intimate partner violence.

The study’s key findings yielded recommendations to include emotional and coping skills as vital parts of childhood education—not unlike how math and reading are incorporated into school curricula, according to the study’s co-author Kristen Berg, a postdoctoral researcher at the university’s School of Medicine and graduate of the Jack, Joseph and Morton Mandel School of Applied Social Sciences.

“Kids should be provided appropriate education from very early ages about healthy relationships, with both the self and others, and all of their ingredients,” she said. “Things like understanding how to identify their own emotions, how to cope with those emotions, learning how to attune to others’ emotions, safe dating behaviors, consent-based communication—from school curricula that explicitly emphasize social and emotional intelligence.”

A rapidly growing body of research nationally—including at the Mandel School—has revealed that children who have been exposed to domestic violence are more likely than their peers to experience a wide range of difficulties, from fear and low self-esteem, to anger and oppositional behavior and feeling isolated in social relationships.

Berg said there’s also evidence that those exposed to domestic violence tend to have higher rates of depression and anxiety, over-activated stress responses, and both victimization by and perpetration of dating violence during adolescence. Families affected by domestic violence also often experience housing instability or substance misuse, and children’s education and peer relationships may be disrupted due to moves in and out of the family home.

None of this comes as a surprise to researchers or the social service professionals they surveyed.

“But that’s notable in and of itself,” Berg said. “By now, there have been decades of calls by clinicians and researchers to reduce fragmentation among service systems in order to best care for trauma-exposed kids and families. Our participants’ responses suggest that we haven’t quite figured out how to remove barriers that are thwarting that collaborative approach.”

“While there might not be a one-size-fits-all solution, there are places we can start,” said Megan Holmes, founding director of the Center on Trauma and Adversity and an associate professor at the Mandel School, who co-authored the study.