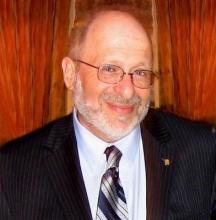 Dr. George Getzel (MSSA, 1966), is being honored, posthumously. Dr. Getzel was a leader and role model in the field of social work, spending his life as an agent of change.

Getzel earned his Masters of Social Administration from The Mandel School in 1966. He went on to receive a doctorate of Social Work from Columbia University. Getzel was a long time faculty member at Hunter University. In addition, he also served as an adjunct professor at Fordham University and New York University. Prior to his retirement, Getzel achieved the title Professor Emeritus. During his time in academia, he was a mentor and teacher to thousands of students.

Getzel did extensive research and writing on the subjects of the group work method of social work, violence and gerontological social work. He also served as an activist and educator to those afflicted with AIDS. His passion and commitment to advocacy and social justice earned him many honors and awards, including being named Social Worker of the Year by the State of New York.

Dr. Getzel is remembered by friends as a man who lived a life rich in values and as a devoted husband, father and grandfather. 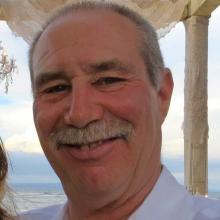 Mead Wilkins is the inaugural Clinical Director of the Ohio Center for Survivors of Torture (OCST) and has been instrumental in establishing OCST’s service delivery system. OCST opened in 2016 as part of Catholic Charities, Migration and Refugee Services, in Cleveland. To date, over 300 survivors from 50 countries have been enrolled in the program, offering assistance across multiple domains. Wilkins has coordinated several important research projects and conferences to add to the body of empirically based data for helping refugees heal. He was also able to help bring OCST an exciting new form of trauma treatment, “Testimonial Therapy”, to help survivors move forwarded in their adjustment to the United States.

Fifteen social work interns have completed their field placement at OCST and have seen firsthand the impact of trauma on families. The interns were able to learn clinical skills to help build on the resilience the survivor’s manifest. In August, 2018, a representative from the United Nations conducted a site visit for future funding considerations of treatment to survivors of torture at COCST.

Prior to his work at OCST, Wilkins spent 31 years in public child welfare, including 20 years as the Director of Medina County Job and Family Services. During those years he was able impact local as well as state policies towards abused children, welfare reform and Medicaid expansion. He served as the President of the Ohio Job and Family Services Director’s Association, on the board of the Public Children’s Services Association of Ohio, as well as numerous other boards and committees. He is very proud to be the founder of the Children’s Advocacy Center of Medina and helping to establish the Feeding Medina County program which included a free food distribution

Wilkins is most proud of his 43 years of marriage to Alicia who attended SASS at the same time. They were married between the first and second years and have three children and seven grandchildren. When he left his position in Medina County, he also took legal guardianship of a foster child who had suffered a traumatic brain injury and had no family to support him.

Their oldest son is a clinical psychologist at Nationwide Children’s Hospital in Columbus working with autistic children with severe eating disorders; their middle son is the Medical Director at McLean Hospital in Boston for the Cognitive Neuropsychiatry program and their daughter is an LISW social worker who lives in Medina and is in private practice with Alicia. 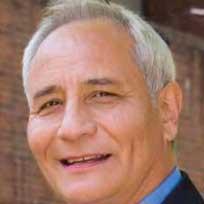 Rick Kemm has over 30 years experience in the management and administration of not for profit human service organizations. He joined the May Dugan Center as the Executive Director in November, 2008. Despite the recession and challenging financial constraints, May Dugan successfully received an accreditation status from CARF International (Commission on Accreditation for Rehabilitation Facilities and certification from the Ohio Mental Health & Addiction Services Department). This has enabled May Dugan to bill Medicaid, Medicare and other insurance companies for Mental Health Counseling, CPST and Prevention Services. Other core programs that have expanded under Kemm’s leadership include; food/clothing and fresh produce distribution, health & wellness program, MomsFirst and Adult Education. In 2017, the first Trauma Recovery Center was established at the May Dugan Center with support from the Ohio Attorney General Office.

In this role he is responsible for all operations of the organization and serves as the key staff person to the 20 member Board of Directors, 40 full/part-time employees and several volunteers. This includes the oversight of core programs/services, human resources, fund raising, finance, compliance, community relations, strategic planning and building operations. Prior to his position at May Dugan, he served as the Director of Development & Communications at Eliza Bryant Village located in Cleveland’s Hough neighborhood. Kemm also spent nearly five years in a senior management role at United Way Services of Cleveland and over six years in management at the American Red Cross Greater Cleveland Chapter.

Kemm was appointed to the Healthy Lakewood Foundation Board of Directors in 2018 as a result of the closing and sale of the former Lakewood Hospital. He served two terms on the ADAMHS Board (Alcohol Drug Addiction and Mental Health Services of Cuyahoga County) and represented the AIDS Funding Collaborative while on the ADAMHS Board. He earned a BA in Journalism from Metropolitan State University in Denver, Colorado and his Masters from the Weatherhead School of Management – Mandel Center in Non Profit Organizations at Case Western Reserve University. He is a native of Denver, Colorado and relocated to the Cleveland area in 1986. 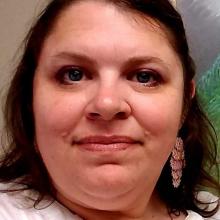 Shannon Woodward Brown is a Licensed Clinical Social Worker (LCSW) who founded and is owner of Psychotherapy and Forensic Services, LLC, a private clinical practice that is dedicated to advocacy, education, community support building for the East Tennessee area. She sought unique employment opportunities with the purpose of gaining as much exposure to a variety of clinical environments as possible. She has over a decade of experience working with vulnerable and oppressed populations, such as women and children, victims of violence, LGBTQIAP individuals and families, homeless individuals, individuals living with mental illness within the criminal justice system, and impoverished and isolated Appalachian Americans. She continues to dedicate her private practice to increasing access for community members through free, on-site support and educational programs, empowering individuals through creating opportunities for employment, and providing education and trainings for medical, clinical, and other professionals regarding clinical practice work with marginalized populations who experience discrimination and oppression.

Brown has contributed to the education of undergraduate students through serving as a lecturer for the University of Tennessee’s College of Social Work and through providing Field Education for undergraduate and graduate students from 2009 to present. She served as a committee volunteer in 2012 to assist Knoxville Mayor, Madeline Rogero, with LGBTQ appropriate terminology for the Non-Discrimination ordinance for City of Knoxville employees. In 2015, Shannon founded and often privately funded the Foothills LGBT Community Center in a rural Tennessee county. The mission was to increase community members’ access to information, resources, support groups and community events with the purpose of reducing isolation. She made research contributions to the Ryan White Title II 2016 and 2017 Needs Assessments for East and Southeast Tennessee. 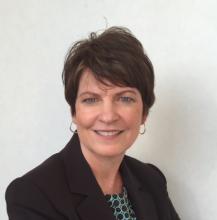 Ms. Kerrigan began her career as a medical and perinatal social worker at University Hospitals. She joined United Way of Greater Cleveland in 1989, where she was Executive Director to Geauga United Way, 1989-1994, and then led  Greater Cleveland’s United Way community impact division and invested over $300 million grants into health and human services for over a eleven year period. She then served as chief talent officer and chief operating officer at the Centers for Families and Children, a $62 million nonprofit organization. In these positions she was instrumental in streamlining and expanding operations while raising capital and forming various community partnerships.

She is a single mother of two foster-to-adopt children, Emma and Kiara Kerrigan. 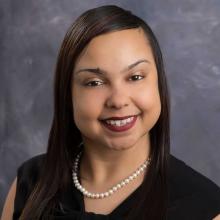 Ms. Caress Adams is a Care Coordinator with Northside Hospital-Forsyth, a not-for-profit hospital and a leader in maternity care as they deliver more babies a year than any other community hospital in the country. Caress is also employed with Emory University Health System. Ms. Adams is an experienced clinician who has specialized in Medical Social Work since 2009 and provided representation on various stroke and homelessness prevention committees. In 2008, Ms. Adams graduated from North Carolina Central University, Magna Cum Laude, with a Bachelor’s degree in Social Work. She continued her education at Case Western Reserve University where she earned her Master’s Degree in Social Administration. While at the Mandel School, she was selected as a scholar and participant in the prestigious Harford Aging Collaborative with the New York Academy of Medicine. In 2013, she obtained Licensure as a Clinical Social Worker.

As a strong advocate for social change, Ms. Adams was selected by Talk Poverty, A project of The Center for American Progress, to share her personal story. Her narrative was included in “Our American Story,” a publication that was disseminated to the 113th U.S Congress demonstrating the need for ongoing safety net programs and dispelling the myth of long-term dependency. Ms. Adams enjoys not-for-profit advocacy and strategic planning with a focus on at-risk populations. She currently serves on The Board of Directors for the Children’s Center for Hope and Healing as well as the United Way of Forsyth County’s community investment grant committee.

Ms. Adams believes self-care is especially critical for healthcare professionals and enjoys hiking, traveling, chess, and antique shows. Her personal mantra is “To serve is beautiful, but only if it is done with joy, a whole heart and a free mind.” 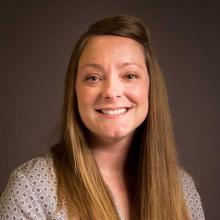 Ashley is the Director of Programming and Clinical Operations at Providence House, Inc., a crisis nursery in the Ohio City neighborhood of Cleveland, Ohio. Providence House protects at-risk children and supports families through crisis, strengthening communities to end child abuse and neglect. Stock obtained her undergraduate degree in Human Services from Elon University in North Carolina in 2005 and returned home to Cleveland to earn her Master’s Degree in social work and graduated from Case Western Reserve University in 2007. She has been a Licensed Independent Social Worker since 2010. Stock obtained her Training Supervision Designation and has enjoyed teaching and mentoring graduate students at Providence House through fieldwork since 2010.

Stock had an interest in Providence House since she was a child, learning about the agency first through her mother who volunteered in the 1990s. Starting as an intern while at the Mandel School, Stock has devoted her career to Providence House, serving various roles there through the past 11 years, specializing in providing services to those who have experienced trauma, focusing on healing and resiliency. Stock now oversees the Crisis Nursery and Pediatric Crisis Nursery and clinical programming which serves over three hundred children and their caregivers annually.