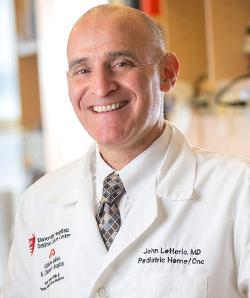 I focus on TGF-ß in immune cell development and function, as well as tumor suppressor functions of TGF-b.

TGF-ß in immune cell development and function.
The major focus of our work is on the discovery of the critical roles of TGF-ß in hematopoietic and immune cell function. The prototype of this family, TGF-ß1, is expressed by all hematopoietic cell populations, regulates the proliferation and expansion of their progenitors, and plays an important role in controlling various aspects of their development and differentiated functions. We have placed priority on the utilization of murine models to study isoform-specific functions of TGF-ß. Our efforts in several complimentary animal models are providing new information regarding the roles of TGF-ß1 in the regulation of myelopoiesis, in the control of cell cycle progression, and in the pathogenesis of both immune disorders and malignancies.

Through our studies in the TGF-ß1-/- mouse, we were the first to provide direct evidence that a TGF-ß1-deficiency state predisposes to multiple pathogenic manifestations of autoimmunity; these include the presence of specific, high-affinity circulating IgG autoantibodies and progressive, glomerular immune complex deposition. We provided the first direct evidence that endogenous TGF-ß1 controls developmental expression of both class I and class II MHC antigens, and to demonstrate a link between aberrant MHC expression and the inflammation and autoimmunity resulting from TGF-ß1-deficiency.

More recent investigation has focused on the participation of specific intracellular targets of TGF-ß in the lineage-specific responses to this cytokine. We have utilized analysis of compound mouse mutants, including mice null for inhibitors of cyclin-dependent kinases (cdkIs) and for the TGF-ß receptor-phosphorylated Smad proteins. These studies have highlighted the ability of the TGF-ß1 ligand to function as a tumor suppressor displaying haploid insufficiency. They have also uncovered unique activities of the cdkIs, p21cip1 and p27kip1, both in the control of lymphocyte function and in the cooperative suppression of tumorigenesis by TGF-ß1. Our analysis of the Smad3-/- mouse now reveals the critical importance of this intermediate in mediating growth arrest in T cells following their activation through the antigen receptor, and its importance in the chemotactic response to TGF-ß in a variety of myeloid cell populations. The phenotype of our Smad3-null mouse links signaling events involving this protein to the maintenance of mucosal immune function.

Tumor suppressor functions of TGF-beta.
Another exciting area of research has evolved from our investigation into the role of TGF-ß signaling in plasmacytomagenesis. This murine model of B cell neoplasia has long been appreciated for sharing phenotypic features of human myeloma and molecular lesions, specifically rearrangements of the c-myc gene, that are characteristic of human lymphomas. We provided the first evidence that loss of a tumor suppressor may be an important step in the pathogenesis of plasmacytomas. We have demonstrated the absence of the type II TGF-ß receptor on the cell surface in these tumors, while their nontransformed counterparts express the receptor and undergo apoptosis on exposure to TGF-ß. Through continued collaborations with the Laboratory of Genetics in the Division of Basic Sciences and the Lymphoma Biology Section of the Division of Clinical Sciences, we are expanding this effort to define the role of TGF-ß signaling in normal B cell differentiation and in B cell neoplasia.