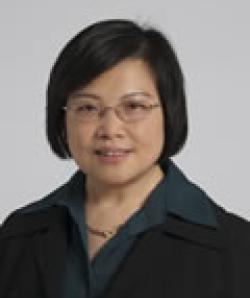 My research includes signal transduction in innate and adaptive immunity.

The general focus of my laboratory is to investigate the signaling mechanisms in innate and adaptive immunity. Our approaches include gene discovery, mapping of signaling networks in cell culture models and in vivo functional analyses done through gene knock-out and knock-in techniques in mice.

We aim to develop a system that links gene discovery to signaling pathways and eventually to set up animal models of disease by manipulating genes of interest through mouse genetics. The long-term objective is to develop therapeutic drugs to treat different immune diseases through collaboration with scientists in biotechnology companies.

A major focus of my laboratory is to investigate IL-1 receptor/Toll-like receptor (IL-1R-TLR) signaling mechanisms. Our goal is to study the molecular mechanisms by which the IL-1R-TLRs mediate signaling, with the long-term aim of developing more effective anti-inflammatory small-molecule drugs. We discovered a negative regulator for IL-1R-TLR signaling, the single immunoglobulin IL-1 receptor-related molecule (SIGIRR). We continue to investigate the detailed molecular mechanisms by which SIGIRR negatively regulates the IL-1R/TLR pathway and how SIGIRR modulates intestinal mucosal immunity.

We have also discovered an adapter molecule called Act1 that has an important role in regulating autoimmunity through its impact on both T- and B-cell-mediated immune responses.

Recent studies have shown that Act1 is also a key positive signaling component for the IL-17 signaling pathway, critical for TH17-mediated autoimmune and inflammatory responses.