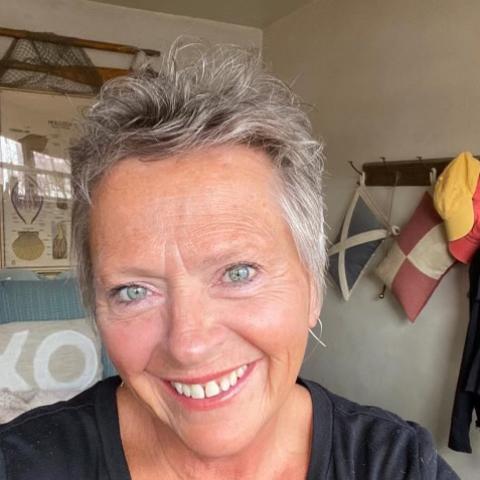 When Fran Noonan was told she would have the opportunity to enroll in a new clinical trial for glioblastoma multiforme (GBM), she could not get to Cleveland fast enough. She put her full trust in Andrew Sloan, MD, and his team, and, to use Noonan’s words, “the results have been a miracle.”

Two years ago, Noonan experienced numbness in her hand. The doctors in her home state of Colorado did an MRI, then surgery that found GBM. Noonan started chemotherapy and radiation, which worked for a while. In August 2020, however, scans showed recurrence in an inoperable location. Her doctors estimated she had about five months to live.

Noonan and her daughters learned about a clinical trial in Cleveland through a Facebook support group for GBM patients. Noonan was born at University Hospitals’ MacDonald House and lived in a Cleveland-area suburb as a child, so the idea of returning to Cleveland was comforting. After a virtual visit with Drs. Sloan and Robin Buerki, she was told she was a perfect candidate for Sloan’s novel glioblastoma trial combining minimally invasive laser surgery with immunotherapy.

Noonan is enrolled in Case 3316, the first-in-human phase I trial, pairing laser interstitial thermotherapy (LITT) with the immune checkpoint inhibitor pembrolizumab. Sloan used a small laser to “cook” the tumor, using UH Seidman Cancer Center’s 3Tesla intraoperative MRI as his “eyes” to heat the tumor and kill cancer cells in a procedure Sloan pioneered years ago in an earlier phase I study. Noonan received an infusion of pembrolizumab, an immunotherapy drug, before and after the LITT treatment, and will receive infusions for two years.

Noonan is the first patient to receive pembrolizumab before LITT. Earlier patients in the trial received pembrolizumab after LITT. The goal of the trial is to find the optimal timing of immunotherapy relative to LITT. Sloan noted he always thought giving the drug first would be more effective but was concerned it may have more side effects. While there were no serious medical complications from two previous arms of the trials with the drug given at two different times after surgery, the trial called for giving Noonan the drug a week pre-operatively.

Six months later, the treatment has been successful. Noonan tolerated the treatment without serious complication, and scans show a decrease in tumor size. In December – the tumor was gone! Noonan and her family are grateful to her care team for getting her through the tough times. “Trust your caregivers. Trust your team.” She is an advocate for research and clinical trials. She encourages people to seek out trials and enroll if eligible. “I want to help other people. If anything good can come out of this, it’s that there’s hope for somebody else.”

Sloan and Buerki cautioned the trial is not over, but are optimistic about continuing to accrue more patients to this promising therapy and hope to advance this work to a phase II of the trial.

This story was featured in our 2020 Annual Report. Click here to read the full report.