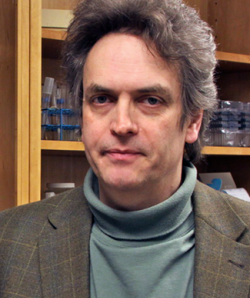 Prominent changes in higher order chromosome organization occur in parallel with DNA transitions on the molecular level at all stages of the cell cycle. Coordination between these events is critical for the transmission of an intact genome. Defects in genome stability are associated with cancer, aging and birth defects such as Down syndrome.

We are investigating the interplay between chromosome structure and DNA recombination during meiosis. Meiosis is characterized by a series of well-defined transitions: During the prophase of meiosis I, homologous chromosomes undergo pairing, organize along proteinaeous axes, and become connected via the synaptonemal complex (SC). In parallel, recombination is initiated by introduction of numerous double strand breaks (DSBs) which are processed into crossovers. Crossovers establish a physical connection between homologous chromosomes thereby ensuring their faithful segregation.

Crossovers are non-randomly distributed along the genome, suggesting a mechanism of genome-wide coordination. We have previously shown that crossover sites become designated when the broken chromosome first interacts with its partner homolog (Börner et al., 2004). This indicates that crossover sites are designated (i) prior to and independent of SC formation and (ii) at an earlier stage than predicted by classical models of homologous recombination. The ZMM group of proteins mediates both crossover-specific strand invasion and SC polymerization, suggesting functional linkage between these key events.

We are using cytological, biochemical and functional genomics approaches to analyze roles of the SC and SC-associated proteins in chromosomal exchange (Perry et al., 2005). We are further investigating the surveillance mechanisms that couple DSB processing to the progression of the meiotic cell cycle (Börner, 2006).