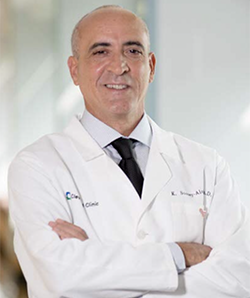 We are using a multidisciplinary approach to investigate how actin cytoskeleton-remodeling proteins, WAVE3 and Kindlins regulate the invasion-metastasis cascade in breast cancer.

Our published studies have established that Kindlin-2 (K2) is a tumor promoter; i.e.; it plays a central role in supporting the tumorigenic properties of TNBC cell lines in vitro and in vivo. Knockdown of K2 in TNBC cells using siRNA, shRNA or CRISPR/cas9 technologies suppresses tumor cell migration, invasion and production of VEGF, responses all associated with the malignant phenotype, without affecting viability. In vivo, K2-deficient TNBC cells show markedly reduced primary tumor growth when implanted into mice and reduced lung colonization, a reflection of metastatic potential. The suppressed tumor growth and metastasis of K2 knockout cells arises from diminished angiogenesis, inhibition of the EMT process, and from suppression of tumor-associated macrophages (TAMs) infiltration into the tumor microenvironment.

With regard to WAVE3(W3), we have established its role as a driver of tumor progression and metastasis. This conclusion was based on the effects of W3 knockdown on TNBC cell migration, invasion and protease production in vitro and tumor growth and metastasis in vivo. W3 exerts its in vivo effects through regulation and maintenance of the cancer stem cell population in TNBC tumors. While W3 is highly expressed in tumors, it is only minimally expressed in normal cells making it an ideal therapeutic target.

In addition, our published in vitro studies have also shown that targeted inhibition of K2 or W3 in TNBC cell lines undergo apoptosis when exposed to standard-of-care chemotherapies by enhancing their sensitization to chemotherapeutic agents. This observation has a significant implication since cardiotoxicity is a major side effect of chemotherapy in cancer patients. Based on the aforementioned findings, we hypothesize that selective inactivation of K2 and/or W3 expression in combination with chemotherapy will not onl y suppress TNBC development and metastatic progression, but will also significantly attenuate the cardiac toxicity associated with chemotherapy. The ongoing research studies aim to test these hypotheses as well as answer other questions related to function s of WAVE3 and Kindlin-2 in the context of breast cancer and other solid tumors.