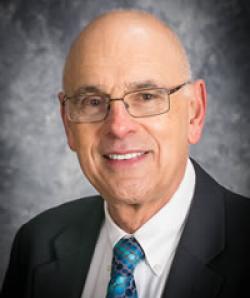 Dennis R. Young is Professor Emeritus at Georgia State University and Visiting Professor at the Jack, Joseph and Morton Mandel School of Applied Social Sciences at Case Western Reserve University. In 2016-2017 he was Executive in Residence in the Maxine Goodman Levin College of Urban Affairs at Cleveland State University. Previously he was Professor of Public Management and Policy in the Andrew Young School of Policy Studies where he directed GSU’s Nonprofit Studies Program and held the Bernard B. and Eugenia A. Ramsey Chair in Private Enterprise. From 1988 to 1996 he was Director of the Mandel Center for Nonprofit Organizations and Mandel Professor of Nonprofit Management at Case Western Reserve University. He was the founding editor of the journal Nonprofit Management and Leadership and is founding and current editor of Nonprofit Policy Forum, and past president of the Association for Research on Nonprofit Organizations and Voluntary Action (ARNOVA). His books include A Casebook of Management for Nonprofit Organizations, Economics for Nonprofit Managers (with Richard Steinberg), Corporate Philanthropy at the Crossroads (with Dwight Burlingame), Effective Economic Decision Making for Nonprofit Organizations, Wise Decision-Making in Uncertain Times, Financing Nonprofits: Putting Theory Into Practice, Handbook of Research on Nonprofit Economics and Management (with Bruce A. Seaman), Civil Society, the Third Sector and Social Enterprise: Governance and Democracy (with Philippe Eynaud and Jean-Louis Laville), The Social Enterprise Zoo (with Elizabeth A. M. Searing and Cassady V. Brewer) and Financing Nonprofits and Other Social Enterprises. In 2013, his 1983 book If Not for Profit for What? A Behavioral Theory of the Nonprofit Sector based on Entrepreneurship was digitally reissued with new commentaries from contemporary scholars by the Georgia State University Library (http://scholarworks.gsu.edu/facbooks2013/1/). Prof. Young received ARNOVA’s 2004 Award for Distinguished Achievement and Leadership in Nonprofit and Voluntary Action Research, and the Award for Innovation in Nonprofit Research from the Israeli Center for Third Sector Research at Ben Gurion University in 2005. In 2010 he was awarded an honorary doctorate from the University of Liege in Belgium for his work on social enterprise and entrepreneurship. He served on the governing board of the National Council of Nonprofits from 2008 to2014 and the Advisory Board of the Foundation Center/Atlanta from 2005 to 2015. He currently serves on the board of the National Center for Nonprofit Enterprise (NCNE) where he chairs its Research Advisory Network.

Nonprofit Management and Leadership Series continues Dec. 8 with "Managing for Resilience in a Crisis"
November 20, 2020