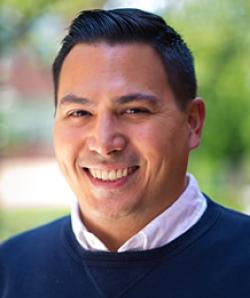 Prior to joining the law school, Geronimo practiced at the Cleveland Metropolitan Bar Association and in large- and small-firm settings, representing clients in administrative proceedings, trials and appeals at the state and federal levels. He has experience litigating constitutional, civil rights, business, contract, real estate, employment, tort and statutory claims. Geronimo remains a committed volunteer member of the Cleveland Metropolitan Bar Association’s Certified Grievance Committee, which investigates and prosecutes allegations of ethical misconduct by Ohio lawyers, and its Bar Admissions Committee, which conducts character and fitness interviews for applicants seeking admission to the Ohio bar.

Geronimo is a 2010 graduate of Case Western Reserve University School of Law and was a founding member and Editor-in-Chief of the Journal of Law, Technology & the Internet. Geronimo is admitted to practice in all Ohio courts, the United States District Courts for the Northern and Southern Districts of Ohio and the United States Court of Appeals for the Sixth Circuit.