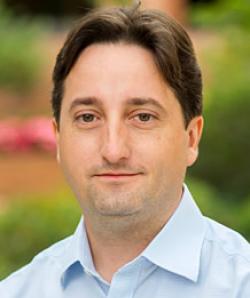 Charles R. Korsmo is a Professor of Law who teaches courses in corporate law, mergers, & acquisitions, corporate finance and torts. Korsmo’s articles have appeared in the Iowa Law Review, Washington University Law Review, Delaware Journal of Corporate Law, Journal of Corporation Law, William & Mary Law Review and Brooklyn Law Review, among others. His scholarship has been cited by the Delaware Court of Chancery, the U.S. Court of Appeals for the Second Circuit and in the New York Times and Wall Street Journal.

Prior to joining the faculty at Case Western, Korsmo was a Visiting Assistant Professor at Brooklyn Law School. Korsmo clerked for the Honorable Ralph K. Winter on the U.S. Court of Appeals for the Second Circuit, and practiced in the New York offices of Sullivan & Cromwell LLP. From 2001-2003, Korsmo worked at the Environmental Protection Agency and for the U.S House of Representatives as staff for the House Policy Committee and the Homeland Security Committee. In 2011, President Obama appointed Korsmo to the Board of Trustees of the Barry Goldwater Scholarship and Excellence in Education Foundation. He holds a BS in physics from the Massachusetts Institute of Technology and a JD from Yale Law School.