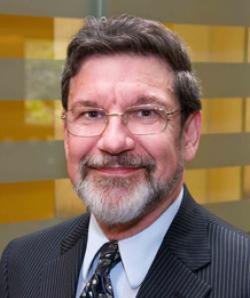 Jonathan Entin has taught Constitutional Law; Administrative Law; Courts, Public Policy, and Social Change; the Law and Social Science Seminar; Law, Legislation, and Regulation; Mass Media Law; Property; and the Supreme Court Seminar for nearly four decades. He also served for nearly eight years as the law school’s associate dean for academic affairs. For many years he has been the faculty advisor to the Case Western Reserve Law Review. He also co-edited the Journal of Legal Education for nearly seven years and was a visiting fellow at the Federal Judicial Center.

He has published more than 100 articles, book chapters, essays, and reviews. His work has appeared in journals at such law schools as Harvard, Yale, Columbia, Northwestern, and Texas, as well as in the Administrative Law Review, Constitutional Commentary, Jurimetrics Journal, The Urban Lawyer and a number of social science publications. His 1993 article “Innumeracy and Jurisprudence” received the American Bar Association’s Loevinger Prize for the best work in science and technology law. He also has been a consultant on census issues to the National Research Council and on ethics matters to the Population Association of America.

Entin has received ten teaching awards, including the Distinguished Teacher Award of the Law Alumni Association. Five graduating classes honored him as Teacher of the Year, and two other classes selected him as Administrator of the Year. He also received the Federal Bar Association’s first national award for Excellence in Civics Education.

A graduate of Brown University (AB) and Northwestern University (JD), he was a law clerk to then-Judge Ruth Bader Ginsburg when she was on the U.S. Court of Appeals for the District of Columbia Circuit and did appellate litigation at Steptoe & Johnson in Washington, D.C., where he helped to exonerate an innocent man who came within hours of execution.