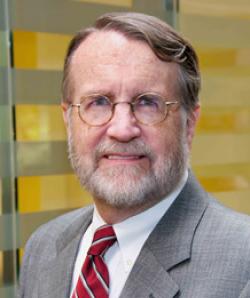 Paul C. Giannelli is a Distinguished University Professor and the Albert J. Weatherhead III & Richard W. Weatherhead Professor Emeritus of Law at Case Western Reserve University. He received his J.D. degree from the University of Virginia, where he served as Articles Editor of the Virginia Law Review. His other degrees include an LL.M. from the University of Virginia, an M.S. in Forensic Science from George Washington University, and a B.A. summa cum laude from Providence College. After law school, he served as both a prosecutor and defense counsel in the military. Giannelli has written extensively in the field of evidence and criminal procedure, especially on the topic of scientific evidence. He has authored or co-authored ten books, including Scientific Evidence (5th ed. 2013), and has written over 200 articles, book chapters, reports, book reviews, and columns, including articles in the Columbia, Virginia, Cornell, Vanderbilt, Illinois, Fordham, North Carolina, Wisconsin, Ohio State, and Hastings law reviews. Other articles have been published in specialty journals at Northwestern, Georgetown, Texas, and N.Y.U. In addition, his work has appeared in interdisciplinary journals, such as the Journal of Law, Medicine & Ethics, Issues in Science and Technology (National Academies), International Journal of Clinical & Experimental Hypnosis, and the Journal of Forensic Sciences. He is also co-author of a chapter on forensic science in Federal Judicial Center/National Academy of Sciences, Reference Manual on Scientific Evidence (3d ed. 2011). Giannelli’s work has been cited in nearly 700 judicial opinions throughout this country (including seven decisions of the U.S. Supreme Court), as well as in foreign courts. In addition, he has testified before the U.S. Senate Judiciary Committee and served as: Reporter for the American Bar Association Criminal Justice Standards on DNA Evidence; co-chair of the ABA Ad Hoc Committee on Innocence; and a member, National Academy of Sciences, Bullet Lead Elemental Composition Comparison Committee.