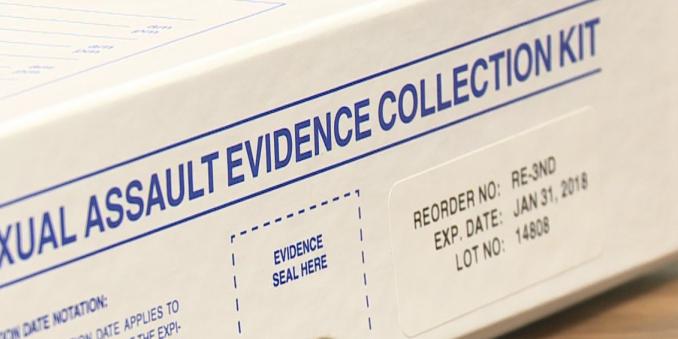 Samuel Little, the man the FBI called the nation’s most prolific serial killer, admitted last year to raping and killing 93 women across the country, according to news reports. The 80-year-old man recently died in prison in California—but not before explaining how he was able to go undetected for nearly 40 years: He exploited the many vulnerabilities in the criminal justice system that still exist today.

In other words, Little quickly recognized that the chances that separate law enforcement agencies would connect the disappearances and deaths of his victims were minute, at best.

In a new study, Case Western Reserve University researchers identified some of the primary gaps in the connective tissue of the criminal justice system—among them, failures to test rape kit DNA samples due to unjustified doubts of victims’ statements.

“Our research is powerful evidence showing why serial rapists target vulnerable people who are failed by known flaws and weaknesses in the system,” said Rachel Lovell, a research assistant professor with the Begun Center for Violence Prevention Research and Education at the Jack, Joseph and Morton Mandel School of Applied Social Sciences at Case Western Reserve. “This breakdown in the justice system reflects how we, as a society, have treated and failed raped victims.”

Seeking to understand how—and to what extent— the bureaucracy of the criminal justice system places the onus on sexual assault victims to ensure a successful outcome, Begun Center researchers reviewed 717 cases involving previously untested sexual assault kits (SAKs) from 1993 to 2011 in and near Cleveland.

Their findings—published in the American Journal of Criminal Justice in September—showed that not a single one was adjudicated. Investigators are now combing through and revisiting many of these cold cases.

The research highlighted that most victims bear the burden of solving their own cases. The two main predictors of progression in the investigation process hinge on whether a victim can identify the suspect and whether the victim remained “cooperative” or engaged in the investigation.

“Rape is traumatic, but victims often find that participating in the criminal justice system can also be extremely traumatic,” Lovell said. “So many victims would rather not participate in the bureaucratic burden involved with moving their cases to justice.”

Since the kits were tested, all of them have been reinvestigated, resulting in more than 450 indictments.

The Cuyahoga County SAK Task Force—an initiative led by the Cuyahoga County Prosecutor’s Office—launched a massive effort in 2013 to follow up on the DNA testing of thousands of previously untested kits. A number of local, county, state and federal agencies provide funding.

“Testing the kits does have value, but they’re just one part of the story,” Lovell said. “Really, these kits weren’t initially tested because the investigations weren’t followed up on. Now, these kits are all being tested and the cases reinvestigated.”

“These officers are overworked, and their caseloads untenable,” she said. “But, the system allows this. It’s easy to blame the individual police officers, but there’s no accountability in the system to track these cases. There’s a very real consequence—backed up by the data—that these rapists can evade capture by exploiting the system.”

Researchers suggest solutions that could help improve the workings of the justice system—and, in the process, lower crime rates overall.

“It’s easy to look at the problems, but there are some real tangible things that can be done to improve lives of people in the community,” said Laura Overman, co-author of the study and research associate at the Begun Center.

Joining Lovell and Overman in the research were statistician Duoduo Huang and Dan Flannery, the Dr. Semi J. and Ruth W. Begun Professor and director of the Begun Center.

They are a part of the nationally recognized research team that have studied data from Northeast Ohio’s nearly 7,000 untested rape kits, an effort resulting in hundreds of convictions.