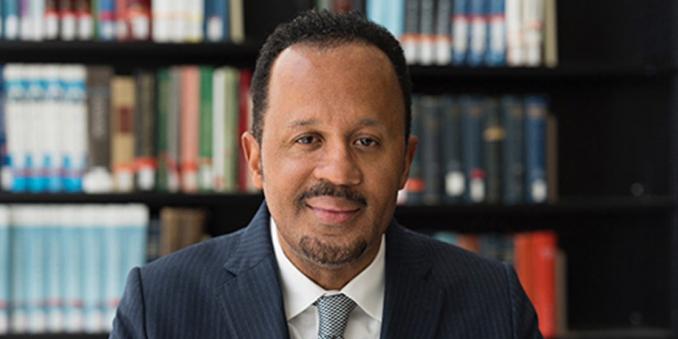 The next leader of the Jack, Joseph and Morton Mandel School of Applied Social Sciences is a sitting dean whose scholarship and practice focuses on the complex interplay of racism, violence and health.

“The Mandel School’s renown in education and research drew an extraordinary pool of candidates,” Provost Ben Vinson said. “Dexter’s success in Canada, coupled with the sophistication and empathy demonstrated in his research, indicated that he is the right person to lead our social work school in this moment.”

As dean of the Factor-Inwentash Faculty of Social Work since 2019, Voisin significantly grew the school’s international enrollment, research, and fundraising—while also increasing the diversity of the school’s faculty and postdoctoral fellow population by 44%.

During the past academic year, Voisin also co-chaired the university’s Anti-Black Racism Task Force, which presented an 86-page report to university leaders in March; within two weeks the president, provost and vice president for human resources and equity announced that they had accepted every one of the task force’s 56 recommendations.

Voisin also served on several other institution-wide committees at the 90,000-student university, including one on student mental health. In addition, last year he was elected to the Board of Directors for the Society for Social Work and Research and selected to be a Fellow of the American Academy of Social Work and Social Welfare.

“Dexter Voisin will bring a unique combination of excellence in leadership, scholarship and public engagement to the Mandel School,” Case Western Reserve President Eric W. Kaler said. “More, his deep  commitment to interdisciplinary efforts holds great potential to benefit the broader campus.  I strongly support his vision for community engagement, which aligns well with one of our overall priorities for the university.”

Prior to joining the University of Toronto, Voisin spent two decades at the University of Chicago. He has authored or co-authored more than 155 articles in peer-reviewed journals and secured more than $11 million in external research support. In 2019 he published America the Beautiful and Violent: Black Youth and Neighborhood Trauma in Chicago, which blended insightful narratives from some of the city’s most challenged neighborhoods with trenchant analyses of the policies and practices that helped create them.

The book also recommends approaches and programs that can promote resiliency in the face of structural inequality. He is an active scholar currently leading two National Institutes of Health grants; one examines the impact of syndemic violence on health outcomes and the other assesses COVID-19 testing uptake among Black residents of Chicago.

“I am exceptionally honored by this opportunity to work alongside the students, staff, faculty, alumni and supporters of one of the premier social work schools in the country,” Voisin said. “I am deeply grateful to Dean Cleve Gilmore for the two decades of tremendous leadership that have made the Mandel School such a positive force for the campus, the people of greater Cleveland, and the profession. I look forward to joining the university next year.”

The phonetic spelling of "Voisin," which means "neighbor" in French, is waz-zin or vwah-zan. Listen to a phonetic pronunciation here.