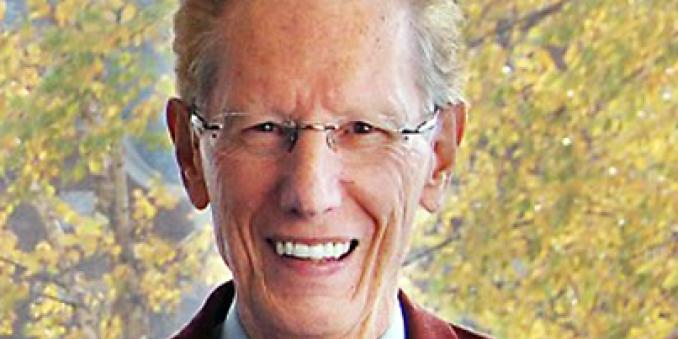 One simple-but-strong thread bound together the nearly half-century of student assessments on courses taught by the legendary professor John A. Yankey, PhD: It was an experience.

Across 46 uninterrupted years before his retirement in 2019, students regularly noted it was nearly impossible to just show up for a John Yankey Class—to simply check in or check out. That’s because Yankey, the Leonard W. Mayo Professor Emeritus at the Jack, Joseph and Morton Mandel School of Applied Social Sciences, taught classes that were both compelling and complex—just like the professor himself.

Yankey’s impact has spanned decades—and earned him selection in 2021 as a National Association of Social Workers Pioneer, an honor he received virtually in early October. And even in retirement, his commitment to the Mandel School remains steadfast: He recently completed his work as co-chair of the Think Scholarships, Imagine the Future campaign, which raised more than $2 million in scholarship funding for Mandel School students.

Since 1973, the soft-spoken man who nearly became a country preacher deftly took students into the worlds of nonprofit agencies, politics and mergers, where they learned by doing, no matter the course.

Joel Fox (SAS ’80) was a student in one of Yankey’s courses in 1978—just a few years into the professor’s teaching career. Fox served as chief development officer of the Menorah Park Foundation until his retirement in July; in 2016, Fox was named to the Mandel School Hall of Achievement.

“I remember being in awe of the humble ‘West Virginia preacher’ who focused me on my path and helped me fall in love with what would become my life’s work,” Fox wrote in a letter to Case Western Reserve University President Emerita Barbara R. Snyder before Yankey’s retirement. “Our university, our town and our world have been enriched beyond measure by this extraordinary teacher.”

Fox returned to Yankey’s final course at the Mandel School in the spring of 2019, auditing the class nearly 40 years after his first one. He and a dozen other students (including the author of this article) worked for two intensive weekends to broker various hypothetical mergers, make decisions about merging or cutting staff, and find a way to better serve the needs of all parties involved.

The ‘mind and the heart’

Frank Whitfield (MGT ’19) and Nic Shefrin (MNO ’20) also were enrolled in that Yankey finale, and each responded to different aspects of his way of teaching—what the professor simply references as “the mind and the heart.”

“I can attest to the lessons learned and skills built in Yankey’s strategic partnership class were ‘next-day’ applicable to the field,” said Whitfield, who is now the mayor of Elyria, Ohio. “The simulations, the mock organizations, the mandatory teamwork—all were real-life situations. Dr. Yankey’s creativity brought out the best of us.”

Shefrin, founder of Fostering Hope, a nonprofit organization for children living in foster care, said: “Dr. Yankey put his heart not only into teaching, but into his students too.”

She recalled that when Yankey would dismiss class each semester, he would stand at the back of the classroom and say he’d be there to wish you well, shake your hand or give you a hug.

“And there was always a line of students waiting to get a Dr. Yankey hug,” she said.

“It may sound cliché, but I’ve always believed that ‘They don’t care how much you know until they know how much you care.’”

One of those students in the last class of the last course was unquestionably the professor’s favorite: After 28 years of marriage, John Yankey’s wife, Sylvia, finally sat in on a course.

Sylvia Yankey, also a nonprofit consultant, fit right in as the students worked through the challenges of smoothly merging two nonprofits.

She reflected on the work ethic of the man she only referred to as “the professor” during the course of the five full days the teams worked together.

“John would spend hours preparing for class and was often up at 5:30 a.m., reviewing his notes and what he wanted to accomplish that day with the students,” she said. “He poured his energy into those class hours and would come home exhausted. He made teaching look so easy!”

His connection to people—combined with his scholarship and leadership in areas such as strategic planning, fundraising, nonprofit mergers and consolidations, and management training—has made Yankey renowned in the field of social work and nonprofit management. Plus, it’s made him a standout in the school, where all three annual outstanding teaching awards are named in his honor.

“You have to teach to both the head and the heart. Long after much of the content is forgotten, people remember how they felt in a course,” Yankey said of his immersive, experiential approach to teaching. “It may sound cliché, but I’ve always believed that ‘They don’t care how much you know until they know how much you care.’”

Read more stories like this in the Fall 2021 edition of action magazine.