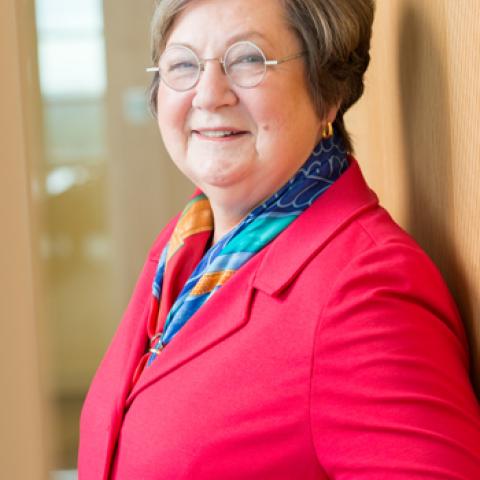 The holiday season is over … the wrapping paper that was strewn about the room has been collected and discarded; the lights unstrung and put away, the needles from the greens swept up. The New Year is upon us.

It’s 2018. We are now in our 175th anniversary year. It will be August before we commemorate our formal founding, and in November we’ll mark 175 years since the first students entered. But during the year we will reflect upon our heritage, honor what we have in common with our forebears, and challenge ourselves to meet the future head on.

For example, many of you already know that in our first half century we were among the leaders in admitting women and African Americans to medical school. Since then the world has changed, and depending on the year, more women than men are enrolled in medical schools nationwide. At CWRU, we have long had roughly equal numbers of both in our classes and our alumnae are high achievers – the list is a long one:

Julie Gerberding, now in a senior position at Merck, led the Centers for Disease Control; JoAnn Manson at Harvard and Helen Hobbs at the Howard Hughes Medical Institute have won prestigious prizes. Some have been pioneers in their specialties, such as Kathy Magliato in cardiothoracic surgery and M. Deborrah Hyde (recipient of an alumna award this year) in neurosurgery. Some have risen to positions of prominence in our own affiliated hospitals, such as Abby Abelson, who heads the Rheumatologic Institute at Cleveland Clinic. Industry has benefitted from the talents of a number of our graduates such as Lori Taylor, Vice President at Vertex Inc., and many others. As proud as we are of our women graduates, we need to ensure that the profession allows them the same opportunity to rise in academics and in the corporate sector as it gives our men.

We have continued our commitment to African American physicians. Recently the AAMC compiled a list of medical schools that have graduated the most African American physicians since 1980, and we are 14th in the entire nation. We are building on this tradition with a powerful commitment to Cleveland Metropolitan School District students, many of whom are African American, with the Joan C. Edwards Scholars program. Each year we admit on full scholarship a John Hay High School graduate who has successfully navigated the CWRU undergrad program. This year, 17 percent of our entering class comprises self-declared underrepresented minorities, compared to 13 percent nationwide. Current CWRU minority students have played leading roles in the Council of the Student National Medical Association, so they are active in contributing to the profession. It is essential that we continue to seek faculty members from underrepresented minority groups, for our students will continue to need role models and exemplars.

An equitably-balanced gender cohort of physicians and biomedical scientists is important. Women form half the talent pool and, as a recent book pointed out, “hold up half the sky.” They bring distinctive talents to the table , including our collaborative team-based culture that represents the future of medicine. Women are less prone to adopt a gladiatorial, individual-star persona and more likely to revel in the talents of colleagues. African American students are more likely to return to their home communities, inspiring others with their success. As we first did in the 19th century, we will continue to prize diversity among our students and strive for it among our faculty and staff.

Our commitment to improving opportunities and advancement for women and African American researchers, educators, and clinicians honors the efforts of our pioneering predecessors of well over a century ago. It will remain a resolute vow for our next 175 years.