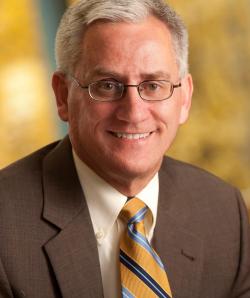 Dr. Konstan received his BA and MD degrees from Case Western Reserve University (CWRU). After completing his internship and residency in Pediatrics at The Children’s Hospital of Buffalo, he returned to Case for Fellowship training in Pediatric Pulmonology. Dr. Konstan has spent his entire professional career in the care and research of patients with cystic fibrosis (CF). He and his team are among the world’s most innovative researchers in pediatric pulmonology, developing new treatments and leading the search for a cure for CF. He has led numerous national and international clinical trials of potentially new therapies for CF, and his seminal work has led to several therapies that are in use today, including the only recommended therapy for treating the lung inflammation in CF using high doses of ibuprofen. Dr. Konstan is the Austin Ricci Chair in Pediatric Pulmonary Care and Research at University Hospitals Rainbow Babies and Children’s Hospital.

Dr. Konstan’s research has been supported by grants from the Cystic Fibrosis Foundation, National Institutes of Health, and the Food and Drug Administration.  He has published extensively in the medical literature, with more than 200 peer-reviewed publications and book chapters.  He serves on multiple advisory boards and committees of the CF Foundation, the NIH and the FDA, all related to advancing the treatment of cystic fibrosis. He is highly sought after for presenting at major meetings both nationally and internationally, and is regarded as an expert in this disease worldwide.

Dr. Konstan was the 2013 recipient of the Case Western Reserve Medical for Excellence in Health Science Innovation, the School of Medicine’s highest honor, for bringing new therapies to patients with CF.  In addition, Dr. Konstan has received several national awards for his accomplishments, including the Richard C. Talamo Distinguished Clinical Achievement Award from the Cystic Fibrosis Foundation, and the “All Stars Among Us” award for community service from Major League Baseball and PEOPLE magazine.  He is regularly named in “Best Doctors in America” and “America’s Top Doctors.”