Distinguished Faculty Inducted to the National Academy of Inventors 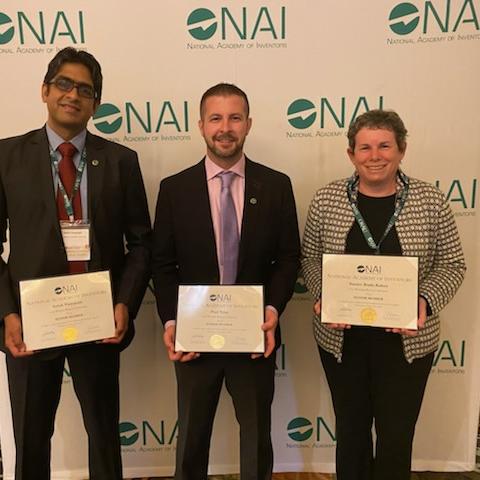 Susann Brady-Kalnay, Paul Tesar and Satish Viswanath—were formally inducted into the National Academy of Inventors (NAI) 2022 class of Senior Members at its annual meeting on June 14 in Phoenix, AZ.

The 2022 senior members considered to be among 83 “of the world’s best emerging academic inventors” hail from 41 research universities and are named inventors on nearly 1,110 issued United States patents.

According to the NAI, senior members are elected for their “success in patents, licensing and commercialization” and for producing “technologies that have brought, or aspire to bring, real impact on the welfare of society.”

The NAI is a member organization of U.S. and international universities and governmental and nonprofit research institutes, with more than 4,000 individual inventor members and Fellows from more than 250 institutions worldwide.