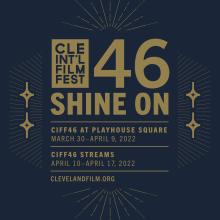 Gloria Tavera, alumna of Case Western Reserve University School of Medicine, will be featured in the documentary White Coat Rebels, a film highlighting the efforts of medical students across the US as they fight the drug industry’s influence on healthcare.

Tavera was an MD/PhD student in the Medical Scientist Training Program (MSTP), receiving her MD from the School of Medicine and her PhD in the Clinical Translational Science Program. Tavera was previously named to Forbes “30 Under 30” list in the health care category for her work helping disadvantaged populations.

White Coat Rebels will play at the Cleveland International Film Festival on the following dates and platforms:

In-person at the Westfield Studio Theatre

Learn more about the documentary.