The Charles L. Hoppel, MD Endowment in Mitochondrial Biology has been established to honor Dr. Hoppel's service to the School of Medicine and his outstanding career in mitochondrial biology as a researcher, educator, and mentor.

Dr. Hoppel has been a faculty member at the School of Medicine for 50 years. His passion for scientific research is matched only by his compassion for others, as evidenced by his affinity for patient care and career-long dedication to mentoring medical and graduate students. He embodies the mission of the School of Medicine, which seeks to provide excellence in medical education, advance discoveries from laboratories to patients, and improve the health of our community.

On an annual basis, the endowment supports:

Please consider making a gift to this fund. With your help, we can sustain our tribute to Dr. Hoppel while continuing our fight against mitochondrial diseases!

“I strongly believe that the endowment will catalyze advancements in the field of mitochondrial biology, bring greater attention to the work being done at the School of Medicine, and most importantly, represent a lasting tribute to the work that Chuck has done, and continues to do, as a research scientist and mentor.”

Hoppel Prize: Vamsi K. Mootha, MD, an Investigator of the Howard Hughes Medical Institute and a Professor of Systems Biology and of Medicine at Harvard Medical School 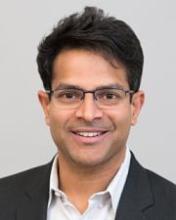 Vamsi K. Mootha, MD is an Investigator at the Howard Hughes Medical Institute and a Professor of Systems Biology and of Medicine at Harvard Medical School. Dr. Mootha has made seminal contributions to the field of mitochondrial biology, including studies into the role of mitochondrial dysfunction in human disease as well as the development of therapeutic approaches to treat rare mitochondrial disorders. Moreover, he is recognized as an exceptional mentor, having trained many accomplished physician-scientists and basic science investigators.

Dr. Mootha has distinguished himself through several breakthrough achievements in mitochondrial research. His group characterized the mammalian mitochondrial proteome(MitoCarta), identified numerous Mendelian mitochondrial disease genes, discovered the molecular identity of the mitochondrial calcium uniporter, and made the unexpected discovery that low oxygen can prevent and alleviate mitochondrial disease in animal models. In parallel, Dr. Mootha’s research team have used these insights in collaboration with clinicians to discover twenty Mendelian disease genes. His group helped shepard exome sequencing into the clinic as a first-line diagnostic, and they continue to develop minimally invasive methods to monitor mitochondrial dysfunction in patients. For his efforts, Dr. Mootha has been recognized with several notable honors, including a MacArthur Prize, the Daland Prize of the American Philosophical Society, the Keilin Medal of the Biochemical Society, a Padma Shri from the Government of India, and election to the National Academy of Sciences.

As an advocate for mitochondrial research, Dr. Mootha has served on the Scientific Advisory Boards of the United Mitochondrial Disease Foundation (UMDF) and foundations dedicated to rare diseases. He has spoken at the U.S. White House and at Congress to lobby for research in rare diseases, and he was a member of a panel convened by the Institute of Medicine to report on the ethics of Mitochondria Replacement Technology. 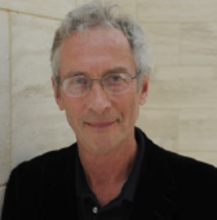 David Nicholls, PhD, Professor Emeritus of Mitochondrial Physiology at the Buck Institute for Research on Aging, Novato, California, career includes 25 years of teaching basic science and medical students at Dundee University Medical School, and he is an elected Fellow to both the Royal Society and the Royal Society of Edinburgh. Dr. Nicholls has extraordinary career achievements in mitochondrial biology. His research provided a deeper understanding of mitochondrial physiology that bridges fundamental biology and clinical medicine.

Additionally, his commitment to education, including training young scientists, authoring textbooks and leading internationally renowned courses, reflect the values that Charles Hoppel displayed during his career as an academic scientist. In a career spanning more than 50 years, Dr. Nicholls distinguished himself through several breakthrough achievements in mitochondrial research. He is known for his work on brown fat, having identified the mechanism by which this tissue produces heat via uncoupling protein 1. In addition, he studied the mechanism of cytoplasmic calcium buffering by mitochondria and the bioenergetics of isolated nerve terminals (synaptosomes). Dr. Nicholls’ focus on the chemiosmotic proton circuit linking the electron transport chain to ATP generation led to the development of numerous techniques to measure mitochondrial function in cells and their dysfunction in age-related diseases such as type 2 diabetes and stroke. The scale of his influence is evidenced by publications credited with nearly 40,000 citations. For his contributions, he was awarded the Peter Mitchell Medal by the European Bioenergetics Congress in 2008.

Highlighting his commitment to teaching, Dr. Nicholls has co-authored four editions of the Bioenergetics textbook, introducing mitochondrial biophysics and physiology to generations of scientists. Moreover, he has contributed to a large number of practical courses, including recent ‘Bioenergetics Master Classes’, with the intent of making the bioenergetic principles and techniques accessible to students and non-specialists.

Hoppel Prize: Douglas C. Wallace, PhD, the Michael and Charles Barnett Endowed Chair in Pediatric Mitochondrial Medicine and Metabolic Disease and Director of the Center for Mitochondrial and Epigenomic Medicine at the Children's Hospital of Philadelphia 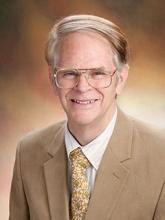 Douglas C. Wallace, PhD, is the Michael and Charles Barnett Endowed Chair in Pediatric Mitochondrial Medicine and Metabolic Disease and Director of the Center for Mitochondrial and Epigenomic Medicine at the Children's Hospital of Philadelphia. Dr. Wallace was selected from a highly competitive pool of nominees based on the recognition of his extraordinary career achievements in mitochondrial biology. Moreover, his commitment to trainees and colleagues, his ability to advance discoveries from laboratories to patients, and his continued service to the broader community reflect the values that Charles Hoppel has displayed over his 50-year career as an academic scientist.

For his contributions, Wallace is an elected member of the US National Academies of Science and Medicine, the American Academy of Arts and Sciences, and the National Academy of Sciences of Italy. In addition to his research accomplishments, Dr. Wallace’s other career contributions have exemplified many of the values and attributes of Charles Hoppel’s career. He has trained over 100 scientists as graduate and post-doctoral trainees. Wallace has altered the trajectory of many individuals, including research associates and countless patients, through his generous and focused efforts to advance mitochondrial research.

Hoppel Prize: Michael Duchen, MB, PhD, Professor of Physiology in the Department of Cell and Developmental Biology at the University College London 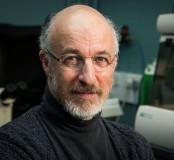 Michael Duchen, MB, PhD, is a Professor of Physiology in the Department of Cell and Developmental Biology at the University College London. Dr. Duchen was selected from a highly competitive pool of nominees based on the recognition of his contributions as an innovative pioneer and world leader in mitochondrial physiology. Moreover, his commitment to students and colleagues and his continued service to the broader community reflect the values that Charles Hoppel has displayed over his 50-year career as an academic scientist.

In a career spanning more than 30 years, Dr. Duchen has distinguished himself as an altruistic champion for the study of mitochondrial biology in the context of major human diseases. He had the vision to develop novel technologies to study dynamic changes in mitochondrial function within living cells and tissues in real-time. These techniques are now standard in the field. Dr. Duchen’s work has been at the vanguard of pioneering discoveries on the central role of mitochondria in regulating cell calcium and free radical signaling and as gatekeepers of cell life and death, thereby identifying potential therapeutic targets in human disease. Besides his research accomplishments,

Dr. Duchen’s other career contributions have exemplified many of the values and attributes of Charles Hoppel’s career. He created, organized and leads the UCL Consortium for Mitochondrial Research as a mechanism to bring together like-minded colleagues from different disciplines. He assembled and manages a core mitochondrial research facility as an open access service and has run a number of international workshops and symposia on mitochondrial biology and metabolism in health and disease. Dr. Duchen has a heartfelt commitment to educating graduate and medical students and continually demonstrates the importance of translational studies that target human pathologies.

The winner of the inaugural Charles L. Hoppel Prize, John Lemasters, MD, PhD, is the GlaxoSmithKline Distinguished Endowed Chair in Advanced Cellular Technologies in the Departments of Drug Discovery & Biomedical Sciences and Biochemistry & Molecular Biology, Medical University of South Carolina. Dr. Lemasters was selected from a highly competitive pool of nominees based on the recognition of his body of research work and his exemplary career, reflecting the values and commitments that Charles Hoppel has displayed over his 50-year career as an academic scientist.

In a career spanning more than 40 years, Dr. Lemasters has made seminal discoveries contributing to our understanding of mitochondrial physiology and its importance to cellular function in health and disease. His work on voltage de-pendent anion channels and the mitochondrial permeability transition have provided new insights into the roles that mitochondria play beyond bioenergetics. Dr. Lemasters’ research has addressed clinical problems as diverse as organ preservation for transplantation, mechanisms of drug toxicity, and cancer biology. Importantly, beyond his research productivity, Dr. Lemasters other career contributions have exemplified many of the values and attributes of Charles Hoppel’s career. Dr. Lemasters is a respected teacher and mentor.

He directs an NIH-funded training program in Bioenergetics, Oxidative Stress and Metabolic Syndromes. His service to the profession and broader scientific community are extensive, including membership on society governing boards and as a prolific reviewer of journal manuscripts and grants.

Please consider making a gift to this fund. With your help, we can sustain our tribute to Dr. Hoppel, while continuing our fight against mitochondrial diseases!

Contribute to Our Fund
Nominations are now being accepted.

Nominations for the 6th Charles L. Hoppel Prize are due by Monday, November 14, 2022.