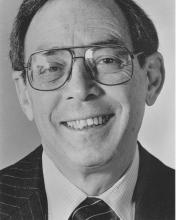 The Geiger Society is named after Dr. H. Jack Geiger, a 1958 graduate of Western Reserve University School of Medicine. Dr. Geiger is credited with establishing a national model for the community health center and was a founding member of Physicians for Human Rights as well as Physicians for Social Responsibility. Both of these organizations were awarded the Nobel Peace Prize, in 1997 and 1985 respectively. Dr. Geiger is an advocate for human rights and has led several missions to the former Yugoslavia, Iraq, Kurdistan, the West Bank and Gaza Strip, and South Africa. He is a member of the National Academy of Medicine, formerly the Institute of Medicine, and recipient of its highest honor, the Lienhardt Award, for "outstanding contributions to minority health."