The recipient of this year's Centennial Medal Award is Herbert E. Phipps.

In June 2015, Judge Phipps received the Randolph Thrower Lifetime Achievement Award, presented by the State Bar of Georgia's Committee to Promote Inclusion in the Profession; the Tradition of Excellence Award by the General Trial Practice & Trial Section of the State Bar; and the Chief Justice Thomas O. Marshall Professionalism Award by the State Bar Bench and Bar Committee. The Logan E. Bleckley Distinguished Service Award was conferred upon Judge Phipps by the Litigation Section of the Atlanta Bar Association in May 2015.

Judge Phipps was honored as a Legal Legend by the Georgia Lawyer Chapter of the American Constitution Society in November 2014. Judge Phipps received The Nestor Award from the Georgia Legal History Foundation in March 2014 "for a lifetime of distinguished service as a wise and honest Counselor and Mentor to the Bench and Bar."

The State Bar of Georgia has recognized Judge Phipps with the Justice Robert Benham Award for Community Service.

He has been inducted into the Society of Benchers of Case Western Reserve School of Law. Judge Phipps delivered the Commencement Address to the Class of 2014 of Atlanta's John Marshall Law School and was awarded the Honorary Degree of Doctor of Laws.

He is a member of the University System of Georgia’s Naming Advisory Group which reviews and recommends changes to names of buildings and colleges throughout the System to make them more inclusive.

He is a member of the joint 2021 Federal Nominations Advisory Commission of Georgia, announced by U.S. Senators Reverend Raphael Warnock and Jon Ossoff, which reviews and recommends to the senators candidates for positions of U. S. District Court Judge, U.S. Attorney and U. S. Marshall in Georgia’s three federal districts.

Judge Phipps has served on Georgia's Judicial Nominating Commission, the Georgia Supreme Court Commission on Racial and Ethnic Bias and the Georgia Indigent Defense Council Advisory Committee. He is a former member of the State Bar Board of Governors and past President of the Dougherty Circuit Bar Association. He has served as President of the Albany Association for Retarded Citizens (now Albany Advocacy Resource Center), the Albany Sickle Cell Foundation, the Faith Fund Foundation and The Criterion Club. He has served on the Albany Technical Institute Board of Directors, the Albany/Dougherty Chamber of Commerce, and the Southwest Georgia Home for Convalescent and Aging Persons. 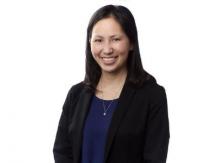 The recipient of this year's Distinguished Recent Graduate Award is Jaclyn M. Vary.

Jaclyn M. Vary (LAW ’12)  is a partner in Calfee's Estate and Succession Planning and Administration group. Vary develops customized estate plans to achieve her clients’ goals and assists families with planning for transitional periods including new family members, business succession, sudden changes in wealth, and worst-case scenarios—disability and death. She enjoys facilitating peace of mind for the individuals, families and businesses that she represents. Vary joined Calfee in 2016, and she was elected Partner in 2020.

Vary has been recognized as an "Up and Coming" Leading Lawyer in the Chambers High Net Worth (HNW) Guide 2021 for Ohio: Private Wealth Law. Chambers HNW is the only independent directory specifically aimed at the private wealth market that ranks law firms according to their private client disciplines. Chambers HNW describes Vary as being "'highly skilled as a trusts and estates lawyer and responsive to her clients.” She assists clients with estate administration and business succession planning matters. One interviewee comments that she is “a dedicated professional—smart, funny and good-natured.”

Vary has been a prolific contributor to the CWRU School of Law community through nearly a dozen guest lectures and panel presentations. 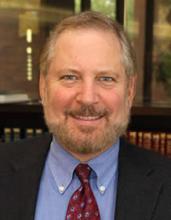 The recipient of this year's Distinguished Teacher Award is Jonathan Gordon.

Jonathan Gordon has taught Legal Analysis and Writing to a generation of JD and LLM students and now directs the SJD (Doctorate of Juridical Science) Program as part of the Foreign Graduate Legal Studies Program. He currently teaches the First-Year and Advanced SJD Seminars to international students in the SJD Program as well as Professional Responsibility.

A graduate of Columbia College and Columbia University School of Law, he joined the law school faculty after spending several years as a trial attorney for the U.S. Equal Employment Opportunity Commission, where he litigated individual and class action cases involving race, gender, religion, national origin and age discrimination, as well as sexual harassment and retaliation.

Over the years, Gordon has taught various other JD courses, including Conflicts Resolution, the Lawyering Process, and Pretrial Practice. He spent a year as an associate clinical professor of Communication and Legal Reasoning at Northwestern University’s Pritzker School of Law in Chicago.

More recently, Gordon has traveled to China law courses in China at Southwest University of Political Science and Law, the law school’s partner school in Chongqing. During the pandemic, he was unable to travel to China and instead taught online courses to SWUPL students on Legal Writing and International Real Estate Transactions.

Gordon was one of the founding members of the Stephanie Tubbs Jones Summer Legal Academy for local high school students and was one of the inaugural mentors in the university’s Provost Scholars Program, for which he continues to work with local youth from East Cleveland. 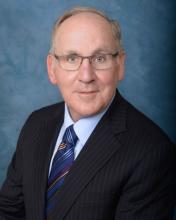 Sheldon “Shelly” G. Gilman (LAW ’67) recently retired from the practice of law and now serves as a consultant and an expert witness in estate and professional conduct issues.

After graduation Gilman spent four years on active duty as an Army JAGC officer with assignments at Redstone Arsenal, AL; Judge Advocate General’s Office, and the Office of the Secretary of Defense, Washington, D.C. Gilman’s duty assignments included being Defense Counsel in Courts Martials, the Secretary of the Army’s designee to the Army’s Conscientious Objector Board and the Secretary of Defense’s Federal Voting Task Force.
Gilman concentrated his law practice in business organization matters, estate, and employee benefit planning, with a specialty in professional conduct issues.  He is listed in The Best Lawyers in America [“Trusts and Estates” and “Employee Benefits Law”], 2016 Best Lawyer of the Year; Kentucky Super Lawyers; Who’s Who in American Law; and Who’s Who in America.

Gilman serves as a member of the Kentucky Bar’s Ethics “Hotline,” has written more than 700 informal ethics opinions and has presented numerous papers at CLE programs in Kentucky, Florida and at ALI-ABA seminars. His list of publications include “Trustee Selection: Corporate Versus Individual,” “On a Clear’s Day View: The Appearance of Impropriety,” “The Role of Counsel in Estate and Trust Administration,” and “Practical Ethical Considerations for the Estate Planner.”

Gilman has served on the boards of numerous charitable organizations and in 2016 received the Louisville Community Foundation’s Award for outstanding professional and charitable service to the Louisville and Kentucky communities. He is also a recipient of the Albert Nelson Marquis Lifetime Achievement Award and is a member of the Vietnam Veterans of America. The center of Gilman’s life is Nancy; and the light of their lives are their two sons, Stephen and Scott.

Gilman has been a loyal supporter of the School of Law’s annual fund for more than 40 years. He has also served on the Law Alumni Association Board and is an active part of the Mentoring Alumni Program.