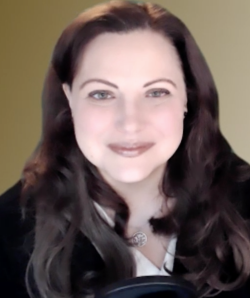 Shannon E. French is the Inamori Professor in Ethics, Director of the Inamori International Center for Ethics and Excellence, and a tenured Professor in the Philosophy Department at Case Western Reserve University (CWRU) in Cleveland, Ohio. She also has a secondary appointment as a Professor in the CWRU School of Law.

Dr. French came to CWRU in 2008, after teaching for 11 years at the US Naval Academy in Annapolis, where she was a tenured Associate Professor in the Ethics department and Associate Chair of the division of Leadership, Ethics, and Law. She is a philosopher who embraces interdisciplinary engagement. Her work is practical and applied, and has been enriched by collaboration with diverse scholars, experts, and practitioners. She has earned an international reputation as a distinguished scholar in military ethics. In recent years, her research efforts have also included the ethics of emerging technologies (such as Artificial Intelligence), and she has benefitted from direct access to cutting-edge technology projects, such as DARPA-funded endeavors. She is currently an ethics consultant for Institute for Defense Analysis (IDA) on DARPA’s URSA project, and is working on a book concerning the impact of technology on ethics, with the working title Artificial Ethics: Human Value(s) in a High-Tech Era. She was a non-resident Senior Associate at the Center for Strategic and International Studies (CSIS). In addition, she is the editor-in-chief of the International Journal of Ethical Leadership, associate editor for the Journal of Military Ethics, and an editorial board member for the Journal of Character and Leadership Integration, as well as an active board member of the European Chapter of the International Society for Military Ethics (Euro-ISME).

Her scholarship has had tremendous impact, especially in military ethics, where her work is considered canon. She was named the General Hugh Shelton Distinguished Chair in Ethics by the U.S. Army Command and General Staff College Foundation in 2017 and frequently presents her research at prestigious US and international conferences. For example, in 2019, she was a distinguished speaker at the British government’s official event to commemorate the 70th anniversary of the signing of the Geneva Conventions, gave the keynote speaker for the U.S. Army Ethics Symposium, was a plenary speaker at the McCain Conference, delivered named addresses at both the US Army War College and the Marine Corps Base Quantico (where her book The Code of the Warrior is required reading for officer candidates), and presented on AI Ethics at the exclusive Security and Human Behavior gathering at Harvard Law School and the Euro-ISME conference in Vienna, Austria. She has hosted successful international conferences, including the 2010 International Peace and War Summit and the 2018 ISME annual conference, helped co-found two international, multi-institutional, interdisciplinary research consortiums, participated in a funded international grant on AI Ethics along with colleagues at PRIO in Oslo, Norway, and is part of multiple CWRU-led research efforts on the intersection of ethics and technology.

Dr. French has contributed to the public debate on ethical issues through articles or interviews in the New York Times, The Chronicle of Higher Education, the San Francisco Chronicle, the Boston Globe, the Toronto Globe and Mail, the Christian Science Monitor, the Baltimore Sun, and other major news publications, and has appeared on NPR (National Public Radio) and NPR affiliates, BBC radio, CBS radio, C-SPAN, PBS and A&E. She can be found on Twitter @SEFrench.