Researchers at Case Western Reserve University have discovered a new technique to control inflammatory disorders that also maintains a patient’s ability to fight off infections. 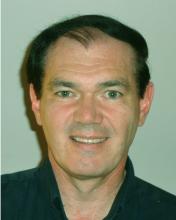 Principal investigator Carlos Subauste, professor of medicine and pathology at the Case Western Reserve School of Medicine, and his team have identified the interaction of particular proteins as a therapeutic target to markedly reduce inflammation.

Subsequently, they developed an inhibitor of the same target that didn’t affect cellular immune responses as well as susceptibility of infection. Their findings were recently published in the journal of the Federation of American Societies for Experimental Biology(FASEB Journal).

Previous clinical trials to treat patients with various inflammatory disorders relied on the administration of neutralizing antibodies against CD154, the cell surface protein that binds to the CD40 receptor and triggers the effects of CD40. While it appeared that this approach diminished inflammation, the anti-CD154 antibodies caused heart attacks that were unrelated to inhibition of CD40.

“Finding an approach to block CD40-induced inflammation that does not rely on anti-CD154 antibodies (avoiding the risk of heart attacks) and does not affect resistance to infection would represent a major advance in the field,” Subauste said. “This is especially relevant because current treatments for inflammatory disorders are not always effective, and they typically increase the risk of opportunistic infections.

“CD40 functions primarily through binding to two intracellular proteins called TNF Receptor Associated Factor 2 (TRAF2) and TRAF6,” Subauste said. “We proposed that preventing the interaction between CD40 and TRAF2 within cells would be sufficient to block inflammation and would not impair protection against opportunistic infections.” 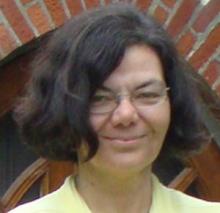 Carlos Subauste and his sister and original collaborator, Maria Cecilia Subauste, who passed away in 2010, designed and patented a peptide—short strings of amino acids—that enters cells and blocks the interaction between CD40 and TRAF2.

Researchers in the Subauste lab then tested their blocking peptide in a mouse model of ischemia of the retina, when blood supply/oxygen is impaired and retinal function becomes damaged.

The studies conducted by the lab uncovered blockade of CD40-TRAF2 as a novel approach that effectively controls a CD40-driven inflammatory disorder without increasing susceptibility to an opportunistic pathogen. The use of the CD40-TRAF2 blocking peptide or a small molecule inhibitor of CD40-TRAF2 interaction may prove an effective treatment against the broad range of inflammatory disorders driven by CD40, the researchers said.

Members of the Subauste lab that conducted the work include Jose-Andres Portillo and Jin-Sang Yu.