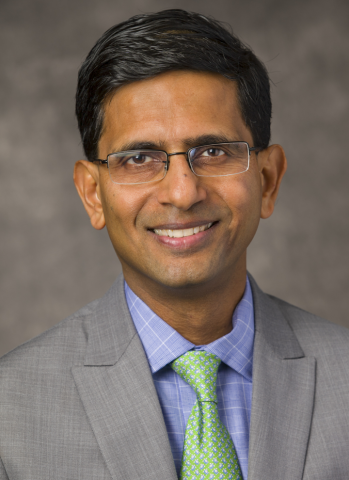 Case Western Reserve University School of Medicine has received a three-year, $1,118,556 grant from the National Heart, Lung, and Blood Institute of the National Institutes of Health to investigate a new imaging approach for diagnosing peripheral arterial disease, a common and potentially serious circulatory problem. More than 200 million people worldwide suffer from the condition.

In this project, researchers propose developing and evaluating imaging methods that do not rely on established gadolinium-based contrast agents. Gadolinium is a rare earth metal. Non-invasive techniques such as contrast-enhanced computerized tomography angiography (CTA) and contrast-enhanced magnetic resonance angiography (MRA) are widely used for diagnosing peripheral vascular disease. Because these techniques use contrast dye, they cannot always be used in patients with chronic kidney disease—which is increasingly prevalent in the United States due to rising rates of diabetes and hypertension.

The research is under the direction of Sanjay Rajagopalan, MD, the Herman K. Hellerstein MD Professor of Medicine and Radiology and director of the Cardiovascular Research Institute at Case Western Reserve University School of Medicine. His co-researchers include Taehoon Shin, PhD, research scientist in the Department of Medicine and Radiology at University Hospitals Cleveland Medical Center, and collaborators from Johns Hopkins University. Rajagopalan is also division chief of cardiovascular medicine at University Hospitals Harrington Heart and Vascular Institute.

“A non-contrast-enhanced MRA would be ideal in such patients and certainly has demonstrated promising results,” said Rajagopalan. “However, current MRA methods have problems that limit their widespread clinical applicability, including undesired suppression of signals, making the blockage look worse than it is.” To address such problems, Rajagopalan and colleagues propose development and evaluation of new non-contrast-enhanced MRA methods.

The clinical studies will include comparisons with contrast-enhanced studies for detecting vessel narrowing or blockage, as well as intra- and inter-observer agreements. Rajagopalan and his associates will also investigate the feasibility of high-rate scan acceleration (up to six-fold) using compressed sensing combined with parallel imaging in the calf. Compressed sensing works by reconstructing images from fewer measurements than historically thought necessary.

The techniques developed in the proposed project will have high applicability to other medical procedures, including venography [an x-ray examination that uses an injection of contrast material to show how blood flows through the veins], vessel wall imaging [a magnetic resonance imaging technique to assist in diagnosing the cause of stroke], and perfusion imaging [magnetic resonance imaging that uses an injected dye to see blood flow through tissues].