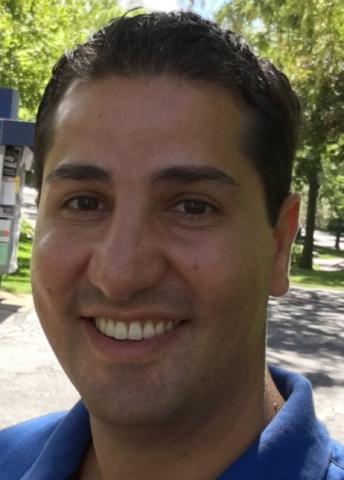 Certain genes that code for proteins have long been known to contribute to cancer progression. But in a frame shift, researchers from Case Western Reserve University School of Medicine recently found that non-coding genes also contribute to the development and spreading of the disease, one of the first known examples of researchers doing so.

The lead author of the study reporting this finding, Ahmad Khalil, PhD, assistant professor of genetics and genome sciences at Case Western Reserve School of Medicine, has been awarded a five-year, $1.85 million grant from the National Institutes of Health to build on the discovery, with an eventual aim of pinpointing additional targets for cancer-fighting treatments.

Under the new grant, Khalil, who is also a member of the Case Comprehensive Cancer Center, will seek to learn how non-coding genes work in the progression of colorectal cancer. This knowledge could then be applied to devising new therapies for the disease, which is the second leading cause of cancer-related deaths among cancers that affect both men and women in the United States.

While messenger RNAs (mRNAs) carry the cells’ instruction to make proteins from DNA, another class of RNAs, long noncoding RNAs (lincRNAs), do not code for proteins. Before coming to Case Western Reserve, Khalil made the seminal finding that the human genome encodes thousands of these lincRNAs, which regulate key cellular functions, including turning coding genes on and off, cell development and differentiation, and normal cell death (apoptosis). “The cancer field has focused on the role of coding-RNAs and their protein products in the development of disease,” said Khalil. “This was, and remains a vital area of investigation. But in our recent research, my colleagues and I have shown that some lincRNAs seem to also help colon cancer cells avoid cell death, and grow at a much faster rate than their normal counterparts. This finding opens up a parallel cancer-fighting track that can significantly increase the chances of overcoming this invidious disease.”

Previously, Khalil identified over 200 different lincRNAs at higher levels in tumor cells as compared to their levels in normal colon cells. One, called lincDUSP, was disproportionately present in 91 percent of colon tumor samples—in some cases more than fifteen times its standard amount in normal colon tissues. This strongly suggests the possibility that this previously little-known form of RNA could be involved in forming and spreading of colon cancer. To test this hypothesis, Khalil and his team genetically modified colon cancer cells by depleting the amounts of lincDUSP. They found that the cells started replicating at normal rates, not the overactive rates associated with colon-cancer tumor cells.

Thus, genetically depleting the levels of lincDUSP, as well as potentially applying chemical compounds or medications to do the same job, could represent fruitful treatment opportunities for patients with colon cancer.

“Now that we have found that lincRNAs appear to play a key role in colon cancer, our goal under our new grant is to understand how they cause the disease, so we can then devise treatments,” said Khalil. “We want to understand both the structure and function of this form of RNA. We will also study potential interactions with other molecules in the cell which contribute to the rise of cancer.”

Equally important, said Khalil, is that he and his team found that when they modulated the expression levels of this form of RNA in tumors removed from humans by using certain chemical compounds that bind to the RNA, degradation of the long non-coding RNA occurred rapidly. These compounds haven’t been previously used for cancer treatment in humans. In the long term, Khalil envisions that targeting lincRNAs in human tumors by improving delivery mechanisms could provide the basis for clinical trials. In other published studies, he and colleagues have shown that lincRNAs affect other cancers including breast, lung, and melanoma. Thus, these novel approaches could have a wide impact.

“The literature on the role of long non-coding RNAs in colon cancer is slowly emerging with exciting possibilities,” added Khalil. “Under our new paradigm, using technologies that target RNA molecules, instead of proteins, adds a new dimension in the fight against cancer.”