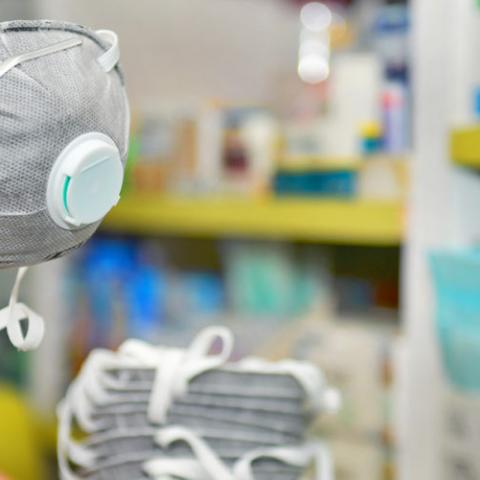 When Elisabeth Wynia, a fourth-year student at the Case Western Reserve School of Medicine, learned on March 13 that her final hospital rotation was canceled because of COVID-19 concerns, she hustled for an alternative.

“Anticipating that other hospitals might follow suit,” she said, “I thought to myself, ‘What could I do to fulfill my last requirements for graduation in a productive way?’ I love global health and had already been doing some reading on how countries around the world were coping with the developing pandemic.”

Wynia already knew Case Western Reserve has a mechanism for students to design unlisted electives that match their interests; she had taken advantage of that option earlier in the year to design an elective on stroke neurology.

“When my elective was canceled,” she said, “I asked myself what I would study if I could do anything I wanted, and I couldn’t imagine a more important topic to learn about in my last medical school elective course than the ongoing pandemic.”

So Wynia, also a second lieutenant in the United States Air Force through a medical school scholarship program, created the concept and learning objectives for a new two-week elective for third- through fifth-year medical students: Epidemiology of Pandemics and Global Response.

Distinguished University Professor James Kazura, the Adel A. Mahmoud Professorship in Global Health and Vaccines and director of the Center for Global Health and Diseases at the School of Medicine, is the faculty sponsor for the new course.

Anastasia Rowland-Seymour, associate professor, director of Foundations of Clinical Medicine and medical director of the Physician Assistant Program at the School of Medicine, worked with Kazura to finalize the offering.

When Wynia came up with the idea for a self-study course on the evolving pandemic and how countries are responding, she approached Kent Smith, senior associate dean for student affairs at the School of Medicine, who recommended she ask Kazura to be faculty sponsor. Kazura was eager to help.

“I also reached out to classmates to see if anyone else was in need of a remote elective due to canceled electives,” said Wynia, who will move to Sacramento, California, for her emergency medicine residency at UC Davis Medical Center. “I was amazed by the response. A lot of them were interested in doing the elective.

Wynia also credited Amy Wilson-Delfosse, professor of pharmacology and the medical school’s associate dean for curriculum, for working with Kazura and Rowland-Seymour to fast-track official approval for the course.

Specifically, the course is designed to teach students to:

Over the next two weeks, students will conduct a literature review of how China, South Korea, Singapore, Iran, Italy, the United Kingdom and the United States responded to the unfolding COVID-19 global pandemic.

They will also explore the effect of various public health measures on how the pandemic has unfolded in those countries, with an emphasis on describing discovered best practices.

Finally, students will produce a communication directed at the local community that addresses interventions intended to control and/or stop transmission of this infectious disease. This includes a manuscript, letter to the editor, series of tweets, new infographic with references, public service announcement for community health websites and other possibilities that would serve the public.