Dean Davis speaks about RNC week in Cleveland, the economic force of CWRU, and the city's bright future. 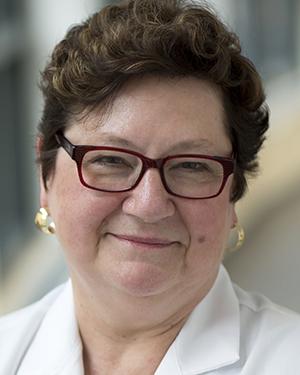 Welcome to the first issue of our new electronic newsletter. Each month we’ll be providing news and stories about Case Western Reserve University School of Medicine and the terrific people who help make us a center of medical education excellence and a mainstay of Cleveland’s economy.

The newsletter debuts at a wonderful time. Cleveland is on a roll and the School of Medicine will be playing an even larger part in revitalizing the entire region.

As I never tire of saying, we are consistently a top-25-nationally ranked medical school and a top-15 producer of next generation researchers. Case Western Reserve University School of Medicine is the largest biomedical research institution in Ohio. We are regularly among the top recipients of funding in the nation from the National Institutes of Health - an indication of the high caliber of the work carried out here.

And we are among our city’s biggest boosters and backers!

Cleveland is no longer simply an industrial city. We’re fast becoming a learning city, a teaching city, a services city. And we’ve begun a new era of sports championships with our beloved Cavaliers. Their amazing, unprecedented comeback was accompanied by a joyous, boisterous, happy downtown celebration with 1.3 million of our closest friends. All of this presented the city in an enormously favorable light to people around the world. And we’re just getting started - the Indians are in first place!

We worked hard to show Cleveland in its true light during the Republican National Convention – and we succeeded on all fronts. A new public square was completed in time to complement the rise of our restaurant and theater scene, the great museums, and the dependable public transport, including our own health line. The lake sparkled, and even the weather cooperated. Our police planned carefully to manage protests and keep the city moving – and they did so with respect and even love. All was well. We showed our civic pride.

Amidst all this, we had the opportunity to show off our school to many delegates and convention visitors including a wonderful group of ambassadors to the US and their guests. We showed them the rising Health Education Campus and talked of our plans. We previewed the Hololens (http://case.edu/hololens). We discussed Case Western Reserve’s prominent role in the internationalization of medicine via our numerous global health care partnerships. We demonstrated leadership.

My message to the ambassadors also homed in on our role as an economic engine. Because we are so close to our school, it’s often hard to see what a difference-maker we really are. For example, we and our affiliate hospitals, which rank among the best in the nation, generate half a billion dollars a year in grant funding from outside sources for biomedical research.

Each new grant award results in about seven new jobs at an average salary of $52,000 a year. These are good jobs, jobs that can sustain families. This in turn creates a need for other jobs to support our research, such as suppliers and professional services.

In total, our medical school-centered research complex adds two billion dollars a year to the local economy. And that doesn’t include the wide-ranging economic benefits associated with building the Health Education Campus.

RNC week crystallized pride in our city and our achievements. I am proud of Cleveland, the University, the School of Medicine, our faculty, our staff, and our students. We were challenged and we came through. It’s going to be a great future!