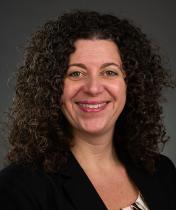 Congratulations to Jessica E. DeCaro, MLIS, AHIP, who was promoted to Director of the Cleveland Health Sciences Library (CHSL) at Case Western Reserve University last fall. She previously served as the Senior Librarian of User Services and the Interim Director.

DeCaro has extensive experience with academic and hospital health sciences libraries and has been a member of the Cleveland Health Sciences Library since 2013. She is an effective leader with a proven track record of building strong, collaborative relationships and serving the needs of the health sciences community broadly. She has been nimble and creative in providing library and information resources to our broad community of scholars, students, and educators.