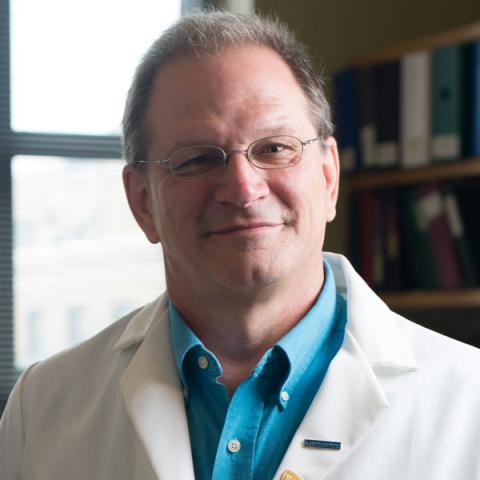 “We are grateful to Professor Drumm for his willingness to take on this critical role for Case Western Reserve,” President Snyder said. “His own research accomplishments, as well as his leadership of the Research Institute for Children’s Health, make him exceptionally well prepared to lead this key part of the university’s mission.”

Drumm came to Case Western Reserve in 1992 after earning his doctorate while working with Francis Collins, now director of the National Institutes of Health (NIH). Collins, an esteemed geneticist who later led the Human Genome Project, then was focused on a technology called “chromosome jumping.” As part of that research, Drumm was part of the team that identified the gene responsible for the cystic fibrosis. He has continued to work on approaches to defeat the disease ever since.

“Case Western Reserve has been an ideal environment to carry out my work, as the collaborative spirit of many across campus has allowed us to apply technologies and approaches we never would have known existed,” said Drumm, the Connie and Jim Brown Professor of Cystic Fibrosis Research. “This enthusiasm for working together, combined with our outstanding clinical partners, have created exceptional opportunities. Imagine our potential to address social, economic and medical challenges by facilitating even more interactions across campus and the city. I am honored by this opportunity to support and assist the university’s researchers.”

Drumm begins his duties May 1, roughly six weeks after the medical school launched a coronavirus task force that quickly engaged more than 200 researchers from across the campus in tackling issues such as drug discovery, immunology, clinical trials and behavioral health. The rapid and widespread involvement here mirrors what scientists have called an unprecedented global commitment to collaboration to defeat this pandemic.

“One of the advantages of the new task force is that faculty are forging new connections and deepening existing ones,” Provost Vinson added. “Professor Drumm will have the opportunity to identify ways the university can build on that cooperation with regard to this pandemic, as well as other pressing research challenges. I very much look forward to working with him.”

Drumm begins his new role May 1.