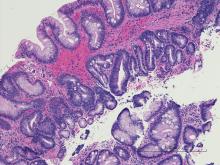 A new technique for sampling and testing cells from Barrett’s esophagus (BE) patients could result in earlier and easier identification of patients whose disease has progressed toward cancer or whose disease is at high risk of progressing toward cancer, according to a collaborative study by investigators at Case Western Reserve University and Johns Hopkins Kimmel Cancer Center (JHKCC).

Published in the journal Gastroenterology, the findings show the combination of esophageal “brushing” with a massively parallel sequencing method can provide an accurate assessment of the stages of BE in patients and detect specific chromosomal alterations, including the presence of esophageal adenocarcinoma (EAC).

This combined approach aims to provide a practical and sensitive molecular-based method that could improve how doctors detect early progression of BE toward cancer and also assess the risks for such progression among patients already diagnosed with early-stage BE. 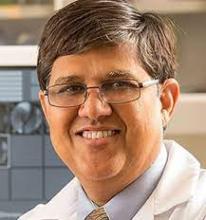 “The tests that we have for detecting disease progression in patients with BE are inadequate, as shown by BE patients who develop cancer while under medical surveillance,” said Amitabh Chak, senior and corresponding author on the study and a professor of medicine at the School of Medicine and gastroenterologist at the University Hospitals Digestive Health Institute. “We also lack accurate means to recognize new BE patients who are at highest risk to progress toward cancer, and who need more intense surveillance.”

“Our findings provide the technical means and conceptual basis for an new molecular based approach that could become key to the clinical management of this disease,” said Sanford Markowitz, co-corresponding author, and the Ingalls Professor of Cancer Genetics and Medicine and Distinguished University Professor at the Case Western Reserve School of Medicine and Case Comprehensive Cancer Center (Case CCC), an oncologist at UH Seidman Cancer Center and corresponding author of the study.

Associated with chronic gastroesophageal reflux disease, BE usually emerges from damage to the lining of the esophagus after repeated exposure to acid and contents from the stomach.

BE is the precursor lesion to esophageal cancer, and while most BE cases do not progress to cancer, those in whom cancer develops face an overall five-year survival rate below 20%.

Challenges in caring for BE patients are therefore to detect small areas within the BE in which progression toward cancer has occurred and to identify new BE patients in whom the risk of such progression is particularly high. This study reported a new molecular based approach that addresses both these needs.

New way to monitor BE

First, esophageal brushings can sample a more extensive region of the esophagus than conventionally employed biopsies—even when multiple biopsies are performed. Second, massively parallel sequencing can detect chromosomal changes indicative of disease progression even in rare cells present in the mixture collected by brushings. The sequencing technology, called RealSeqS, is similar to that which JHKCC investigators developed for use in blood tests for cancer, except the Case Western Reserve and JHKCC collaborative team applied it to esophageal brushings. 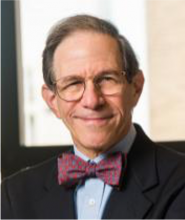 “We reasoned that RealSeqS could be effective when applied to esophageal brushings, because of the underlying challenge is the same as in blood samples, that of detecting DNA from rare abnormal cells among the large number of normal cells also present,” Markowitz said.  More studies will be needed with larger cohorts to refine the approach, he said.

Current BE testing and monitoring methods, including endoscopic detection surveillance and testing of abnormal tissue, to monitor BE for progression and to detect esophageal cancer, but the approach relies on the sampling with random biopsies, which are inherently imprecise.

“This new method shows promise to make the monitoring of BE more efficient and effective,” said Chak. “Currently, some patients can progress to advanced cancer even though they are under surveillance. Most patients are not at risk for progressing, yet because we cannot tell who is not at risk for progressing, we survey everyone—so we over-survey patients. We are seeking to change this.”

Testing esophageal brushing samples with RealSeqS, enabled researchers to develop molecular classifiers—based on detecting progression-associated chromosome alterations contributed by rare cells in the BE—to accurately discriminate between patients with non-dysplastic BE (NDBE) and those with precancerous cells (dysplasia) or cancer. Moreover, the investigators identified a unique subset of 7% of NDBE patients who already showed the molecular signature of its progression, and who are likely to be at high risk of developing clinically evident progressive disease.

The study is a collaboration between JHKCC and the Case CCC’s GI SPORE (Gastrointestinal Specialized Program of Research Excellence) and BETRNet (Barrett’s Esophagus Translational Research Network) programs led respectively by Markowitz, Chak, and Joseph Willis, a pathology professor at the School of Medicine and pathology vice-chair for translational research at UH.