A New Roadmap for Repairing the Damage of Multiple Sclerosis 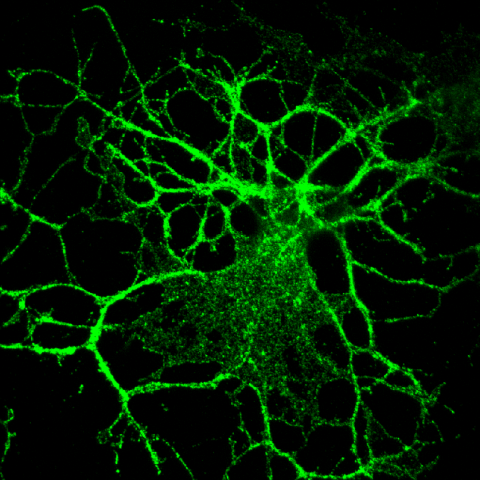 Research published today in the journal Nature provides new understanding about how drugs can repair damaged brain cells that cause disability in patients with multiple sclerosis.  Led by researchers at Case Western Reserve University School of Medicine, the study suggests new drug targets and potent early-stage drug candidates could lead to regenerative medicines for multiple sclerosis and other debilitating neurological diseases.

Multiple sclerosis, a chronic and progressive disease affecting millions worldwide, is characterized by damage to the protective sheath that surrounds nerve cells.  Without this insulating layer, called myelin, nerve cells in the brain and spinal cord struggle to transmit electrical impulses.  As a result, multiple sclerosis patients suffer progressive loss of motor skills, vision and balance.

The new study describes how drugs work to replenish myelin destroyed by multiple sclerosis. While the brain is known to have some capacity to regenerate new myelin during the early stages of multiple sclerosis, this innate repair process is overwhelmed as the disease progresses.

“Many labs, including at Case Western Reserve, had identified drug candidates that kickstart the formation of new myelin, but exactly how each of these molecules affected brain cell function wasn’t clear,” said Drew Adams, PhD, the Thomas F. Peterson, Jr. Professor of Novel Therapeutics and assistant professor of genetics and genome sciences at Case Western Reserve University School of Medicine. “We were shocked to find that almost all of these previously identified molecules share the ability to inhibit specific enzymes that help to make cholesterol.  This insight reorients drug discovery efforts onto these novel, druggable targets.”

This study builds on prior work by co-author Paul Tesar, PhD, the Dr. Donald and Ruth Weber Goodman Professor of Innovative Therapeutics and associate professor of genetics and genome sciences at Case Western Reserve University School of Medicine. In work reported in 2015 in Nature, Tesar identified a drug typically used to treat athlete’s foot, called miconazole, as a potent enhancer of new myelin.

Normally, cellular pathways are crisscrossed, complex diagrams. But cholesterol biosynthesis is linear, said Adams, who is also a Mount Sinai Scholar. “There is only one way in, and one way out. So when you block enzymes in the cholesterol pathway, the metabolites simply accumulate.” In the Adams laboratory, lead authors Zita Hubler and Dharmaraja Allimuthu, PhD, could detect distinct cholesterol intermediaries as they accumulated, allowing them to pinpoint which enzymes were being blocked by which drugs.

“Together these studies provide new drug targets, new drug candidates, and new cholesterol pathway biomarkers to propel the development of medicines that can replenish lost myelin in patients with multiple sclerosis and related diseases,” said Adams.  While clinical candidates based on this work are not expected to enter clinical trials until 2019, say the authors, the new understanding of myelin repair provides a promising new path toward novel, regenerative multiple sclerosis treatments.

For more information about the Adams and Tesar laboratories, please visit: genetics.case.edu and tesarlab.case.edu.