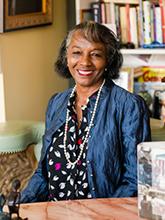 The recipient of this year's Centennial Medal Award is Susie Ruth Powell.

Susie Ruth Powell (’73) is a retired legal aid attorney and assistant professor at North Carolina Central University School of Law. She received her Juris Doctor from Case Western Reserve University in 1973 in the first wave of women law students and was one of two black women to graduate in that class.

Powell has an Honorary Doctor of Humane Letters from Bennett College for Women, an Honorary Doctor of Laws from North Carolina Central University, and served as a writer on the Emmy Award-winning documentary, “The Loving Story,” which earned Historians' top prize, among a number of prizes.  She also worked on the story development for “The Rape of Recy Taylor,” her second documentary film. 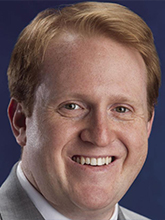 The recipient of this year's Distinguished Recent Graduate Award is James Pasch.

Prior to entering the legal profession, Mr. Pasch worked on Capitol Hill, first for Senator Frank Lautenberg (D-NJ) and then as a law clerk on the Senate Judiciary Committee for Senator Patrick Leahy (D-VT). He then built a thriving small firm litigation practice in Cleveland.

For five years, Mr. Pasch served first as Senior Gifts Officer and later as the Case Western Reserve Law School’s Assistant Dean of Development and Alumni Affairs during the Law School’s Capital Campaign. He helped raise an unprecedented $58 million including a $10 million gift to endow our new Environmental Law Center.

In 2019 Pasch became the Cleveland Regional Director of the Anti-Defamation League (serving Ohio, Kentucky, West Virginia and Western Pennsylvania), having previously served on ADL’s Cleveland regional board. He has served in this role during a particularly challenging time with incidents of antisemitism rising 20 percent in Ohio, and 50 percent nationwide in the past year. Mr. Pasch has been highly visible in the media in his fight against discrimination of every kind. “I felt a calling to get off the sidelines in a much more visible way to confront [anti-Semitism and hate crimes] because I think they go to the core of who we are as a local community, as a nation, as a world,” he said in a recent interview. Most recently Pasch launched a pro-bono legal assistance program to assist victims of hate crimes in Ohio. 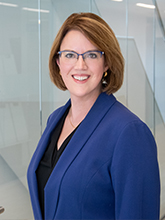 The recipient of this year's Distinguished Teacher Award is Cassandra Burke Robertson.

Cassandra Burke Robertson regularly teaches Civil Procedure, Professional Responsibility and Secured Transactions, and has also taught Transnational Litigation and Remedies. She directs the law school’s Center for Professional Ethics, whose mission is to explore moral choices across professional lines in a variety of disciplines. Her scholarship focuses on legal ethics and litigation procedure within a globalizing practice of law. She has co-authored a popular casebook in the field of professional responsibility and published articles in the Columbia Law Review, Emory Law Journal and Boston University Law Review, among others.

Within the community, Robertson serves on the board of Maximum Accessible Housing of Ohio, a nonprofit organization that works to provide and promote accessible housing solutions for people with physical mobility disabilities. In addition, she serves as one of Ohio’s representatives to the Uniform Law Commission (also known as the National Conference of Commissioners on Uniform State Laws) and chairs the Appellate Litigation subcommittee of the American Bar Association’s Civil Rights Litigation Committee.

Prior to joining the faculty in 2007, Robertson clerked for the Texas Supreme Court and served as Assistant Solicitor General in the Office of the Texas Attorney General. Robertson received a law degree from the University of Texas at Austin, where she also obtained joint master's degrees in Middle Eastern Studies and Public Affairs. 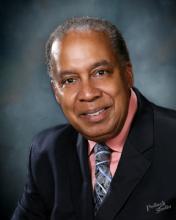 The recipient of this year's Joan Gross ’76 Annual Fund Award is Andre Craig (’82).

Andre Craig ’82 has been employed for the past 30 years as a Corporate Claims Attorney for The Progressive Corporation, providing legal guidance to the New York, New Jersey and Canadian business units.  Prior to that time, Andre served as an Assistant Prosecutor and Director of Mediation for the City of Cleveland from 1982 until 1990.  He is licensed to practice in New York and Ohio and is a member of the Cleveland Metropolitan Bar and Norman S. Minor Bar Associations.  He has served the Norman S. Minor Bar Association with its efforts to mentor law minority law students and young lawyers.

Mr. Craig has been a loyal supporter of the School of Law’s annual fund for more than 30 years. He has also provided his time and talent to our students through his work with the Black Law Student Association, by mentoring young attorneys, and in encouraging his company to hire our students as interns.