A Conversation with Attorney Fred Gray

Born Dec. 14, 1930, in Montgomery, Alabama, Gray was ordained a Christian minister as a teenager and, following high school, he received a Bachelor of Science degree from Alabama State College for Negroes (1951) and an LLB from Case Western Reserve University in Cleveland, Ohio (1954). Gray then returned to Montgomery to open his private law practice while also serving as minister to the Holt Street Church of Christ. Gray recalled that he was anxious to return to Montgomery to “destroy everything segregated” (Gray, 19).

During the Montgomery bus boycott, Gray’s leadership and legal counsel played a crucial role in the successful desegregation of Montgomery buses. He defended Claudette Colvin and Rosa Parks against charges of disorderly conduct for refusing to give up their seats to white passengers. Gray also filed the petition that challenged the constitutionality of Alabama state laws mandating segregation on buses (Browder v. Gayle). In November 1956, the Supreme Court affirmed the lower court ruling that racial segregation on public transportation was unconstitutional.

Gray recalled that he and King occasionally had differences of opinion on what action should be taken to ensure that rights were protected: “There were times when Dr. King said, ‘Fred, I understand what you say the law is, but our conscience says that the law is unjust and we cannot obey it. So, if we are arrested we will be calling on you to defend us’” (Gray, 63).

Gray was involved in many other civil rights cases, including Gomillion v. Lightfoot, which challenged the Alabama legislature after it redrew the boundaries of the city of Tuskegee, Alabama, to exclude black neighborhoods, thereby denying African Americans the right to vote in municipal elections. Gray also fought for African American rights to education, the freedom to march peacefully, and the right to participate in juries, and opposed injustices like the infamous Tuskegee syphilis study that purposely left affected black men untreated.

In 1970, Gray was elected to the Alabama State Legislature as a representative from Tuskegee. With this election, he became one of the first two African American officials to serve in the legislature since the Reconstruction era. In 1979, President Jimmy Carter nominated Gray to the U.S. District Court for the Middle District of Alabama, but Gray withdrew his name in August 1980, after opposition from conservative opponents. Gray received the American Bar Association’s Equal Justice Award (1977), the Southern Christian Leadership Conference’s Drum Major Award (1980), and the World Conference of Mayors’ Legal Award (1985). He was elected president of the Alabama State Bar Association in 2001. 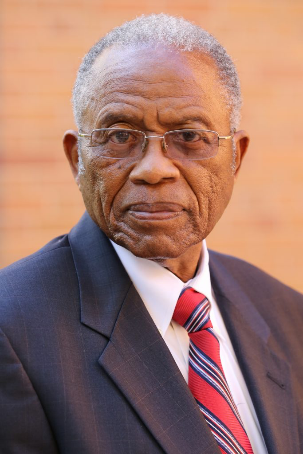