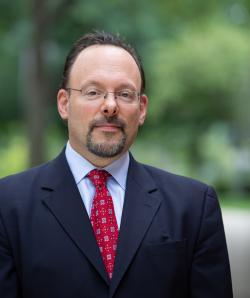 Jonathan H. Adler is the inaugural Johan Verheij Memorial Professor of Law and the founding Director of the Coleman P. Burke Center for Environmental Law at the Case Western Reserve University School of Law, where he teaches courses in environmental, administrative and constitutional law.

His articles have appeared in publications ranging from the Harvard Environmental Law Review and Yale Journal on Regulation to the Wall Street Journal, and New York Times. He has testified before Congress a dozen times, and his work has been cited in the U.S. Supreme Court. A 2021 study identified Professor Adler as the fifth most cited legal academic in administrative and environmental law from 2016 to 2020.

Professor Adler is a contributing editor to National Review Online and a regular contributor to the popular legal blog, The Volokh Conspiracy. A regular commentator on constitutional and regulatory issues, he has appeared on numerous radio and television programs, ranging from the PBS Newshour and National Public Radio to the Fox News Channel and Entertainment Tonight. Professor Adler is also a senior fellow at the Property & Environment Research Center in Bozeman, Montana. In 2018, Professor Adler helped co-found the organization Checks and Balances.

In 2004, Professor Adler received the Paul M. Bator Award, given annually by the Federalist Society for Law and Policy Studies to an academic under 40 for excellence in teaching, scholarship, and commitment to students. In 2007, the Case Western Reserve University Law Alumni Association awarded Adler their annual "Distinguished Teacher Award." In 2018, Professor Adler was elected to membership of the American Law Institute.

Professor Adler was profiled in the Spring/Summer 2021 issue of the university's Think magazine.