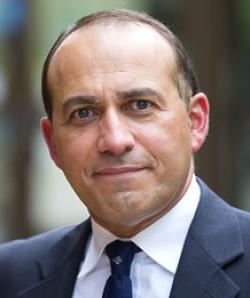 A former clerk for the Hon. Jean-Louis Debré, former Chief Justice of the Conseil constitutionnel (the French Constitutional Court) (2008-09 term) and visiting professor at Ecole normale supérieure in Paris, Colares, was born in Brazil and is a naturalized citizen of the United States. Colares practiced law at Dewey Ballantine, LLP in Washington, D.C., where he litigated trade cases before federal agencies, federal courts and NAFTA panels.

The 2018 recipient of the School of Law's Distinguished Law Faculty Research Award, Colares was awarded an endowed chair in 2015. Colares served as Vice-Chair, Chair and Past-Chair of the CWRU Faculty Senate (2016-19) and was recently reappointed by the Office of the United Trade Representative to serve on the United States Roster of NAFTA Chapter 19 (Trade) Panelists (serving since 2013).