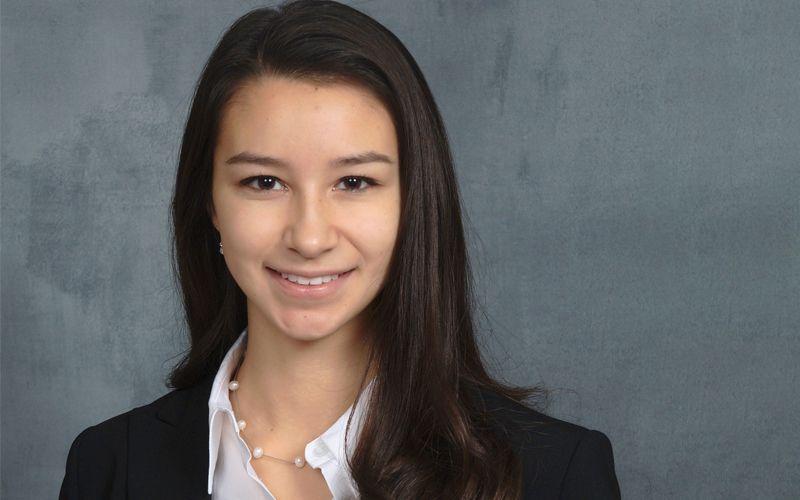 Grace Saalman, a third-year law student at Case Western Reserve University, was recognized by The National Jurist for her pro bono work as a student. The magazine’s coverage is part of its ongoing effort to “profile students who’ve gone above and beyond.”

That’s the case with Saalman, a Columbus native, who secured a not-guilty verdict for her client accused of threatening his wife during a custody dispute. She continued to represent him even though the Criminal Justice Clinic wrapped up last fall before trial.

Clinic Director Ayesha Bell Hardaway worked with Saalman on the case. “When Grace decided to take the case to trial, she had already received her grade in the clinic and could easily have walked away,” said Hardaway. “Yet she stayed on, prepared diligently and walked into the courtroom undaunted. She handled everything masterfully and got a great result for her client.”

When Saalman began preparing for the trial, she had already fulfilled all the requirements for graduation and worked over 100 pro bono hours to earn the certificate, according to the story.

She has now put in more than 60 additional hours than required to see the case through.

“Grace is a wonderful example of a student who takes advantage of all our experiential education program offers and then keeps going by providing pro bono services to members of our community who need legal services but lack the financial resources to acquire those services,” said Laura McNally-Levine, associate dean for experiential education at the law school.

After graduation, Saalman will serve as a law clerk to U.S. District Judge Edmund A. Sargus Jr., where she was a judicial extern during her 1L summer.

The National Jurist noted that while the American Bar Association rules state that all lawyers have a professional responsibility to provide pro bono services, there is no such mandatory rule for law students. “Still, law students provide far more hours than the average attorney,” according to The National Jurist. “The Class of 2019 performed more than 4.38 million hours of legal services, an average of around 221 hours per student. That totals more than $111.5 million in free legal services.”