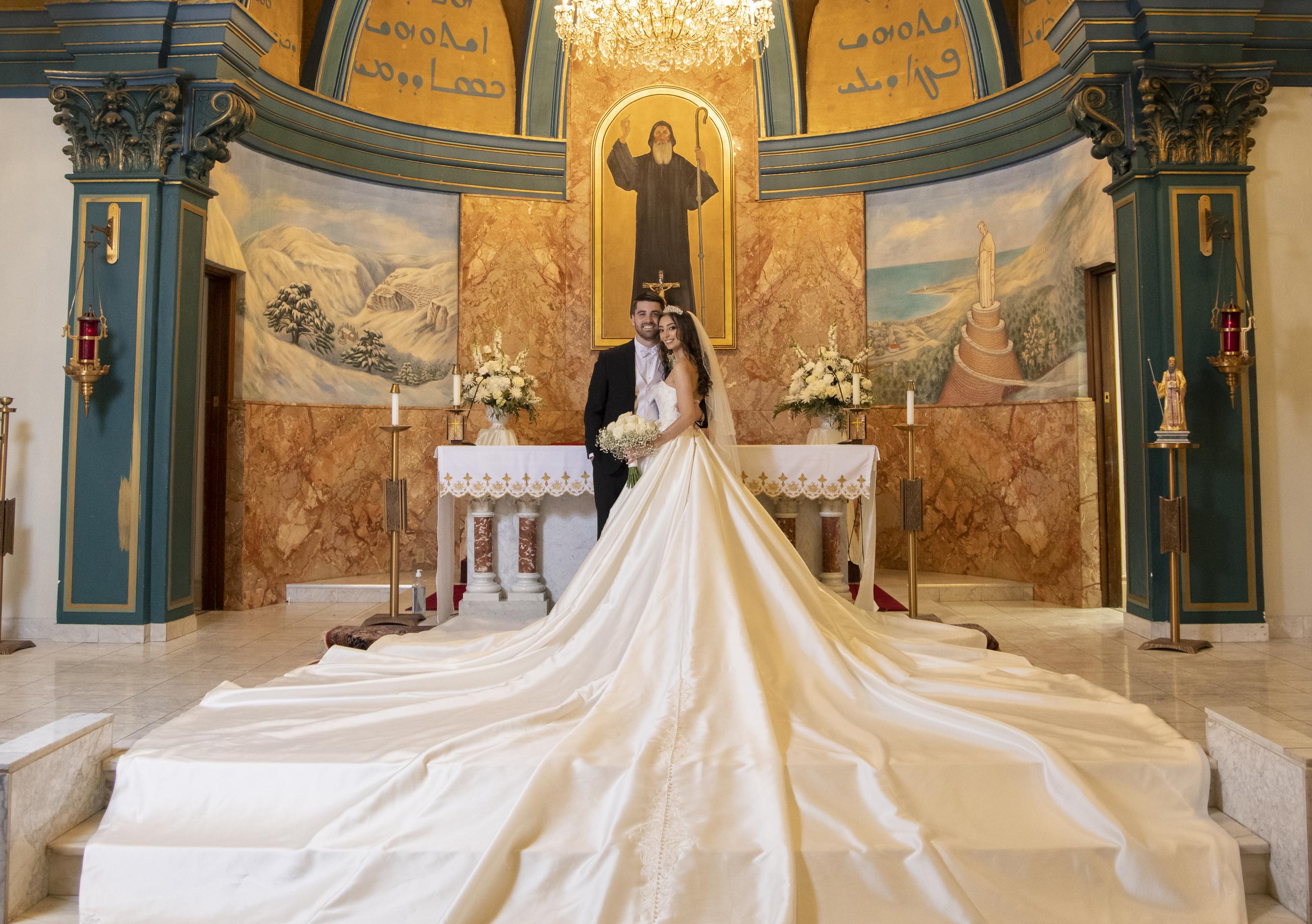 When Nicholas Kirsch (LAW ‘19) and Stephanie Farah (LAW ‘18) met in an undergraduate SAGES class in 2011, they formed an immediate and lasting connection.

“He was very smart, of course. And handsome and funny,” said Farah.

“She was witty, intelligent, friendly and so easy to get along with,” Kirsch shared. “I thought she was cute, too,” he added. "I still think that.”

It didn’t take long for the pair to become a couple, united in their families’ deep ties to the university. Farah’s mother, Jean Farah, is the executive aide to the dean of the School of Dental Medicine, and Kirsch’s father, Robert Kirsch, is the chair of the Department of Biomedical Engineering. And it was the friendship their older siblings developed at Case Western Reserve that ultimately led to the couple’s introduction.

They also found common ground in their career goals—both would go on to attend Case Western Reserve School of Law, with Farah starting one year ahead of Kirsch to study criminal law. When he joined her the following year to study civil litigation, their relationship thrived.

“We took a class together each semester, which was really nice,” said Kirsch.

“We spent so many hours on the law school’s bridge, studying and hanging out. Those were some of my favorite memories of law school,” said Farah. “And of course, law prom.”

On the day of Farah’s graduation from law school, as they waited for her commencement walk to begin, they found a quiet spot in the library to take a picture, posing playfully on opposite sides of the stack.

“I just thought it would be a cute picture,” said Farah. “But when Nick graduated a year later, we decided to take the same one again. It became our thing.”

What started as a lighthearted joke became a bona fide tradition, one they hoped to continue on their next big day. THE big day.

On October 31, the couple was married in a ceremony at St. Maron Church. But the day wouldn’t be complete without recreating their photo one last time.

“I was a little worried,” said Kirsch. “We knew with everything going on right now, it might not be possible to go in the building. The university has a lot of safety measures in place, but we were hopeful.”

They asked School of Law Co-Dean Jessica Berg for permission to come to the school for the photo, an unusual but necessary step in the COVID-19 era.

“The pandemic has limited so many things for so many people, but I was delighted to make this happen for Nick and Stephanie,” said Berg. “We took every precaution, cleared the room, maintained strict social distancing and all of us wore masks—except for the brief moment of the photo. Even with the restrictions, it was so joyful to see them together sharing such a significant time in their relationship.”

After the photo, the newlyweds departed for the reception at the Renaissance Cleveland Hotel downtown with another milestone completed, documented once again in the stacks of the Judge Ben C. Green Law Library.