Alumni Spotlight: Christopher Rassi, Director of the Office of the Secretary General for the International Federation of Red Cross and Red Crescent Societies 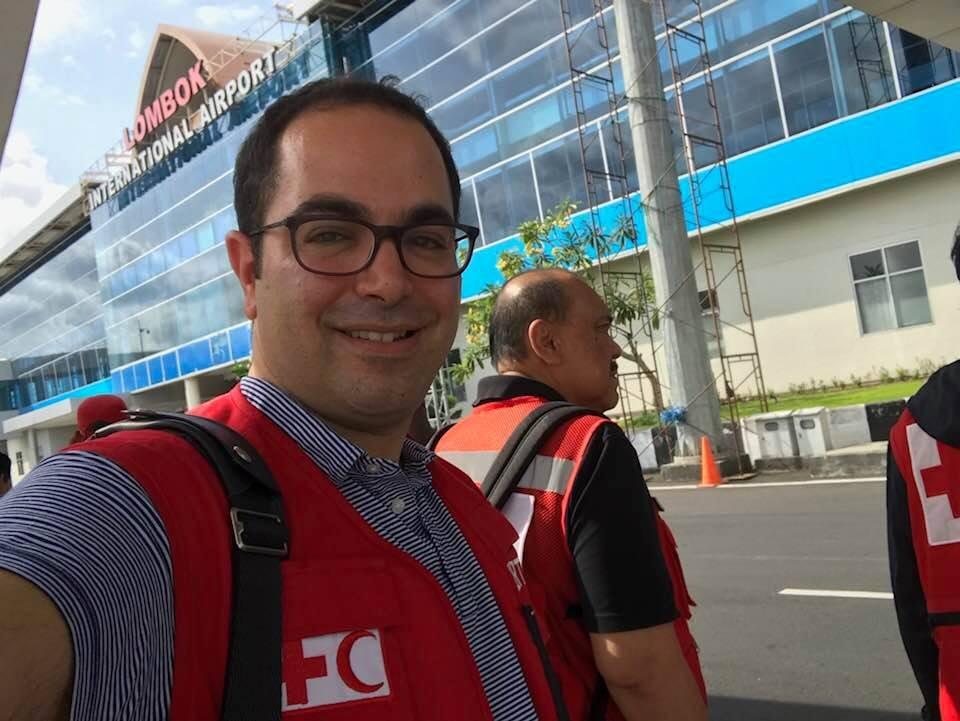 When an international crisis hits, Christopher Rassi (CWR ’00; GRS ’00, political science; MGT ’03; LAW ’03) likely is in the thick of it. Case in point: On the day of his interview with In Brief magazine last fall, Rassi, who is the director of the office of the secretary general for the International Federation of Red Cross and Red Crescent Societies (IFRC), was helping design his organization’s humanitarian response in Afghanistan after the fall of the government to the Taliban.

“The country is experiencing compounding effects of drought, conflict, displacement, and gaps in health services, as well as anticipating a harsh winter,” said Rassi, who received the Law Alumni Association’s Distinguished Recent Graduate Award in 2011 and serves on the school’s newly formed Dean’s Cabinet for Global Legal Studies.

Rassi has also worked with the IFRC’s response to the August earthquake in Haiti, to the May volcano eruption in eastern Democratic Republic of the Congo, and to ongoing drought in Kenya. “There is never a dull day, or even a dull hour,” Rassi said.

But his nearly two-decade career—which has also included stints as legal advisor to the judges of the International Criminal Tribunal for Rwanda in Tanzania, prosecutor at the Special Tribunal for Lebanon in The Hague, judicial clerk at the Constitutional Court of South Africa, associate at Thompson Hine, adjunct professor teaching CWRU School of Law’s War Crimes Research Lab, and IFRC legal adviser and head of the Southeast Asia Office in Bangkok—started with an internship funded by the School of Law’s Frederick K. Cox International Law Center through its multimillion dollar endowment.

And his trajectory has led the way for others at CWRU School of Law. His internship at the International Trade Centre (United Nations Conference on Trade and Development/World Trade Organization) in Geneva spurred the organization to dedicate a position for a CWRU law student each year.

In addition, since his Cox Center-funded postgraduate fellowship with the joint Appeals Chamber of the International Criminal Tribunal for the former Yugoslavia, 147 CWRU law students have interned for Rwanda and the international criminal tribunals, and six graduates have obtained jobs as prosecutors and legal advisers following those internships.

Sometimes, according to Rassi, he has just been in the right place at the right time. In the summer of 2018, for example, as he began his tenure as IFRC’s head of delegation in Indonesia, he was at the Bali Process Ministerial Conference when a destructive earthquake—and many aftershocks— hit in nearby Lombok.

“I was on the ground in Lombok right away, coordinating international and domestic relief with the thousands of volunteers of the Indonesian Red Cross, Indonesian government, and other actors,” he said.

Rassi also played a major role in the IFRC’s response to the COVID pandemic in Southeast Asia, as he was stationed in Thailand—the first country outside of China to have confirmed COVID-19 cases. “The threat of COVID-19 became very real to us, very early on,” said Rassi. So he was at the forefront of efforts “to ensure that our National Societies were ready to respond to the quickly moving pandemic.”

Rassi—who lives with his wife, Kate, an international criminal defense attorney from Australia, and their two children on the shores of Lake Geneva, Switzerland—credits his career to his academic experiences at Case Western Reserve, especially the War Crimes Research Lab then taught by Co-Dean Michael Scharf.

“I’ll never forget my first assignment: to prepare a legal memorandum for the Office of the Prosecutor at the International Criminal Tribunal for Rwanda on the steps to secure the surrender of accused to the court.”

He connects the dots from that experience to his fellowship with the international court a year later and to his position as an attorney at the tribunal a couple of years after that.

“My affiliation with the Henry T. King Jr. War Crimes Research Office remains especially dear to me, as it is named after my mentor, Henry King, the former Nuremberg prosecutor who taught at Case Western Reserve for 30 years,” he said, calling King, who died in 2009, “a constant source of inspiration, advice and friendship.” The passing of other mentors at CWRU—including Sidney Picker and former dean Peter Gerhart—”have made me reminisce about the profound impact teachers can have on shaping your career.”

This feature originally appeared in the Fall 2021 In Brief magazine.