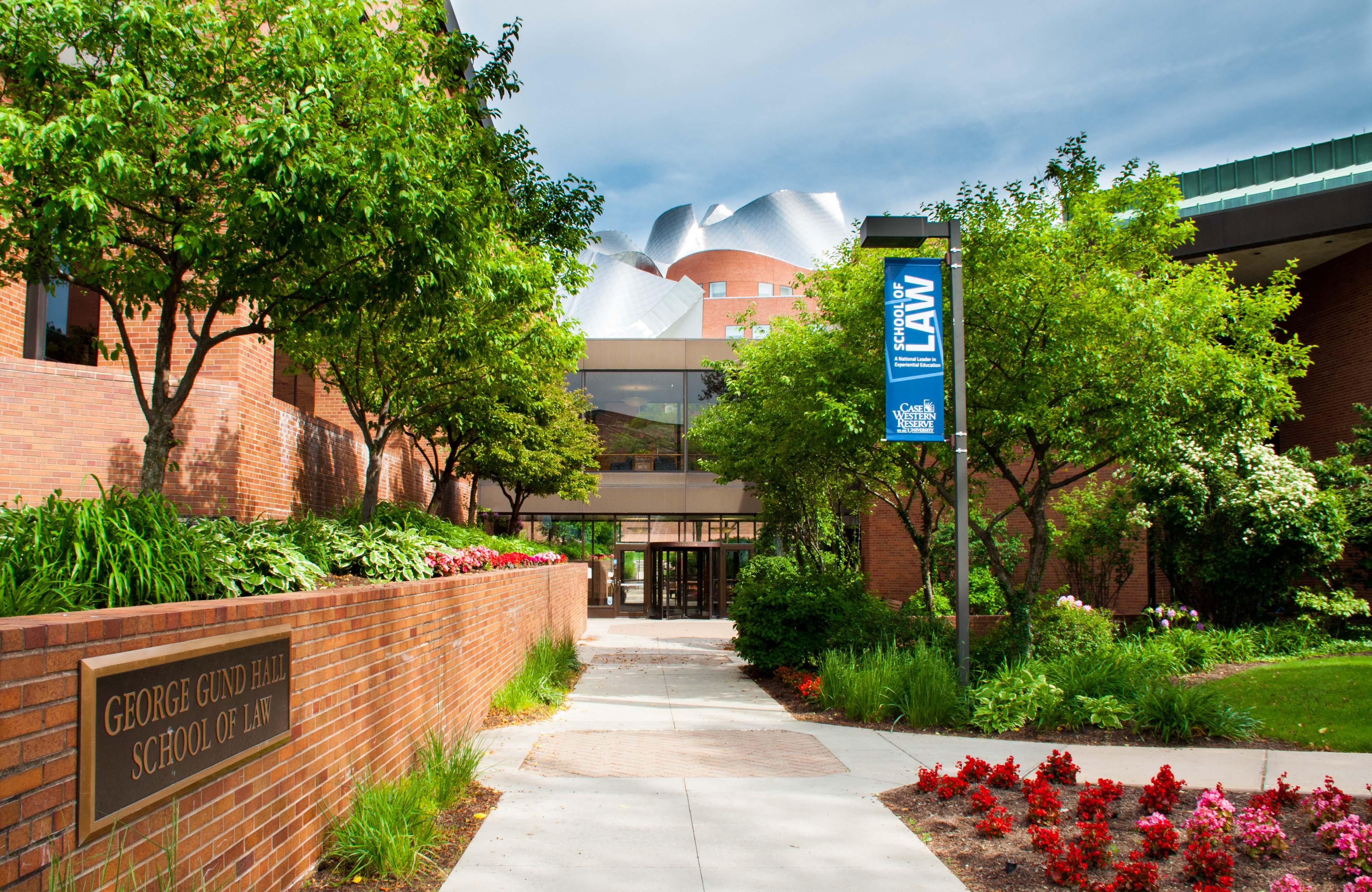 On May 13, CWRU School of Law held its annual “Celebration of Faculty”  in-person under the tent on East Bell Commons. In a year of challenges like none other, Co-Dean Jessica Berg said the purpose of the annual celebration was “to recognize faculty members who made extraordinary contributions over the past year.” 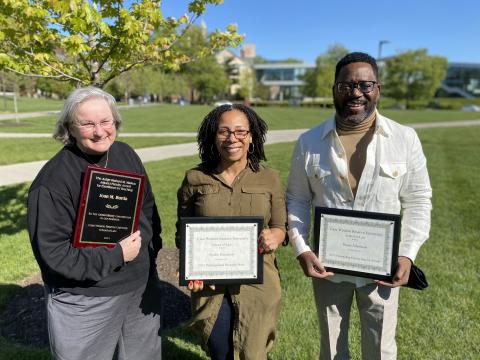 Co-Dean Michael Scharf began the celebration by announcing the recipient of the Law School’s Faculty Distinguished Service Prize—an annual award that recognizes a professor whose service during the preceding year demonstrates extraordinary dedication to the law school.

“This year’s recipient, Bryan Adamson, the David and Ann Brennan Professor of Law and Associate Dean for Diversity and Inclusion, has had a transformative impact on the Law School during a time when racial injustice is prominent in the news and in the minds of the students, faculty, and staff,” said Scharf.

He then highlighted some of Adamson’s contributions since joining the faculty in June 2020, including leading teach-ins, negotiating pipeline agreements with HBCUs, and establishing a Deans’ Cabinet for Diversity and Inclusion.

“Bryan is a model of how one energetic faculty member can have a huge impact on an institution,” said Scharf.

Jessie Hill, Associate Dean for Faculty Development, then announced Professor Ayesha Bell Hardaway as the 2021 winner of the Faculty Distinguished Research Prize which recognizes a professor whose published works during the preceding three years demonstrate extraordinary scholarly achievement based on impact on academic discourse, law and policy. Over that period, Professor Hardaway published major articles in the Georgetown Law Journal, Boston University Law Review and Stanford Journal of Civil Rights & Civil Liberties. Much of her work has revolved around policing and civil rights, and these most recent articles address issues at the core of the advising and monitoring work she has done for the City of Cleveland on police reform. Hardaway’s scholarship has made her an enormously important and influential voice in this field and has garnered her numerous media mentions and appearances. For example, during the Derek Chauvin trial, Hardaway was interviewed several times on CNN, including The Situation Room with Wolf Blitzer, and on ESPN’s The Undefeated, and was quoted in papers ranging from USA Today to Rolling Stone.

Avidan Cover, Associate Dean for Academic Affairs, announced that Professor Joan Burda as the recipient of the Judge Richard M. Markus Adjunct Professor of the Year Award, which recognizes an exceptional adjunct professor based on professional achievement, teaching and service. Professor Burda has taught at the Law School for 14 years, lecturing on Wills, Trusts and Future Interests and on LGBT Legal Issues. A solo practioner specializing in estate planning, Burda is the author of Estate Planning for Same-Sex Couples and Gay, Lesbian and Transgender Clients: A Lawyer’s Guide. Always a popular teacher, Burda is known for her thoughtfulness and stimulating lectures, even at her preferred early class-hour.

Remarked one student, “Professor Burda is very kind. I feel as though she truly cares about her students and wants us to succeed. Having an 8 a.m. class with her is like the pep talk for the day.”

To close the ceremony, adjunct professors who are celebrating a milestone year in teaching were celebrated. Adjunct Faculty who have taught for five years include Amy Keating, David Kutik, S. Michael Lear and Stanley Dub. Christopher Reynolds was recognized for his ten years of adjunct teaching. Adjunct faculty who have taught for twenty years include Theodore Theofrastous, Russell Shaw, Jason Korosec and Peter Carfagna. And Larry Zukerman was recognized as having taught at the Law School as an adjunct professor for twenty-five years.