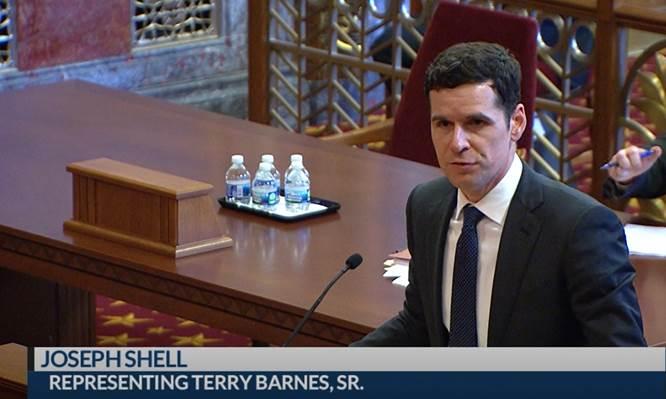 Our Appellate Litigation Clinic capped off the fall semester with a major victory in the Supreme Court of Ohio: in a 4–3 decision, the state’s highest court reversed lower-court decisions that deprived the client of the right to withdraw a guilty plea upon discovering evidence that the State had withheld from him.

The client, a military veteran and legal assistant, came to the Clinic shortly after its inauguration three years ago under the supervision of Professor Andrew Pollis. The client had pleaded guilty to an involuntary-manslaughter charge because he had no evidence to corroborate his self-defense claim and did not want a jury to discredit his testimony and convict him of a more serious homicide charge.

But on the eve of sentencing, the client learned about audio evidence that the State had not let his attorneys play for him--evidence that he believed solidified his self-defense claim and thus changed his view of his risk of going to trial. So the client asked the trial court to let him out of the plea--which trial courts are admonished to do freely and liberally if sentencing hasn’t yet occurred. But the trial court denied that request and convicted the client based on the guilty plea.

That's when the client came to our newly launched Appellate Litigation Clinic. Six students in the first cohort of students--Chelsea Fletcher, Vito Giannola, Renee Monzon, Emily Peterson, Geneva Ramirez, and Joe Shell--wrote the appellate briefs back in 2020. In early 2021, Paul Willison from our second cohort argued the case in the Ohio Eighth District Court of Appeals. That court, applying a well-worn legal standard, affirmed the trial court's decision. Two other students from that second cohort, Ian Kim and Josh Rheins, moved for reconsideration; the court again said no.

Shell (by now an alumnus and full-fledged lawyer) was undeterred. Working with Pollis, Shell wrote a petition that convinced the Supreme Court of Ohio to take the case. Then, three students from last year’s cohort--Megan Moro, Alex Raleigh and Joshua Knauf--wrote the Supreme Court brief, arguing that the well-worn standard was too narrow if it didn't fix a problem like this one. Last April, Shell conducted the oral argument.

And on Dec. 15, a majority of Supreme Court justices gave the client news he has been waiting years to hear: that he had the right to withdraw his guilty plea upon the discovery of the previously withheld evidence.

Shell agrees. “Many of my former classmates and clinic students have been working so hard on this case for the last two-and-a-half years, and to have it pay off in this way is truly an amazing feeling,” he said. “I am so grateful for the opportunity to work on such an important case. It’s common sense that a person should be allowed to take back his guilty plea after learning that key evidence was withheld from him at the time he pleaded guilty. With this decision, the Court’s aligns the law with that intuition.”

The Supreme Court victory is the latest in a string of unbroken victories the Appellate Litigation Clinic has secured for its clients in Ohio’s appellate courts. Since the Clinic’s inception in 2020, it has won ten out of the twelve state appellate cases it has handled.