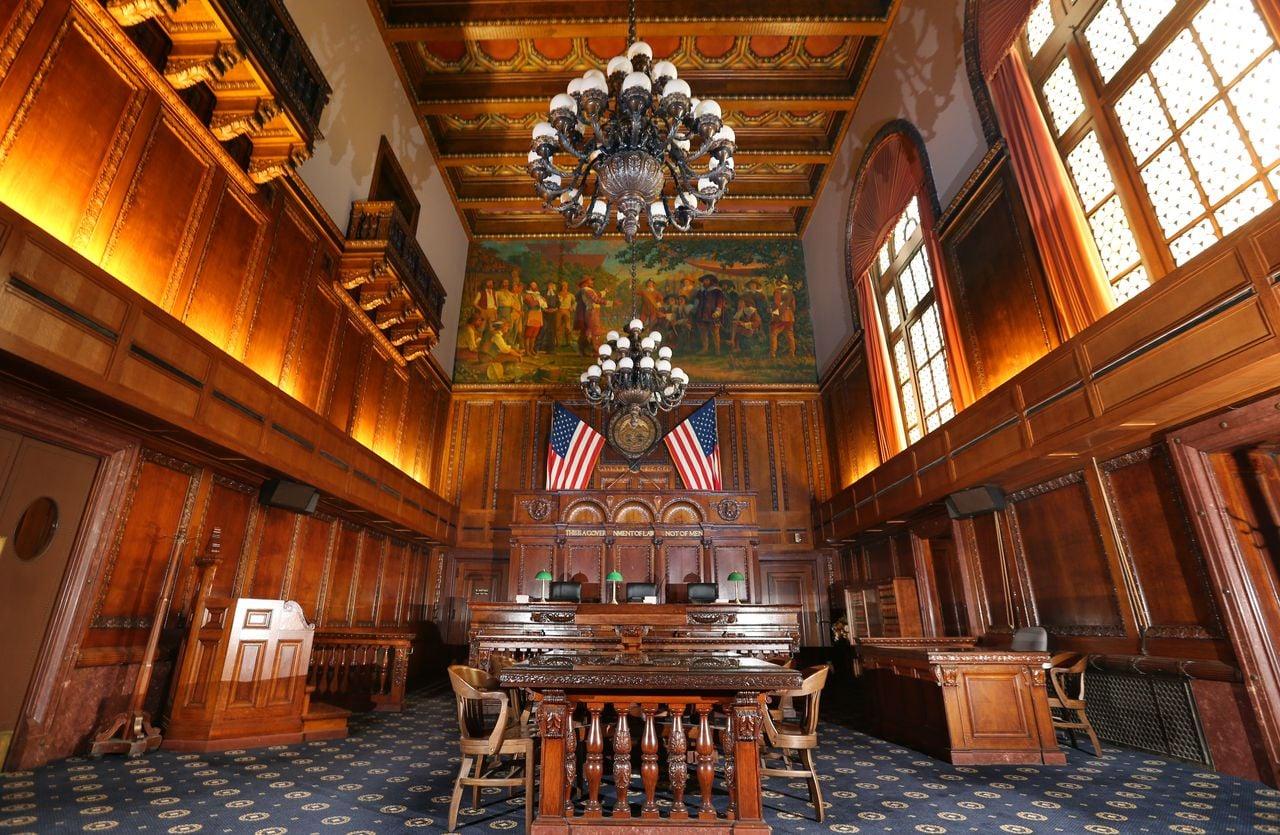 Students in the School of Law’s Appellate Litigation Clinic have amassed an impressive record of victories for their clients in the two years the Clinic has been up and running. And they’re helping to shape Ohio law in the process.

Twenty-one students have now briefed and argued eleven cases—ten in the Ohio Court of Appeals and one in the federal Sixth Circuit. Most of these appeals are from criminal convictions, and the students have successfully overturned half of them—a stunning reversal rate compared to the national average (around seven percent). And one of those losses may become a win, depending on the outcome of a case the Supreme Court of Ohio has agreed to hear.

The victories are the result of a lengthy process that begins the moment the Clinic takes a case. “Students scour the record, looking for possible error anywhere they may find it,” said Andrew Pollis, who directs the Appellate Litigation Clinic and teaches it alongside Joseph Shell (LAW ‘20).

Pollis chaired the appellate department of Cleveland-based Hahn Loeser & Parks LLP before joining the faculty to teach a civil-litigation clinic back in 2008. His scholarship also focuses on appellate practice and procedure, including authoring the last thirteen annual editions of Baldwin’s Ohio Appellate Practice. So in 2019, Laura McNally-Levine, associate dean for Experiential Education, suggested that Pollis apply that appellate experience to the clinical setting. Pollis was thrilled at the opportunity.

“I was always looking for chances to get my civil-litigation students involved in appellate work,” he said. “We handled several cases over the years, but it made so much sense to offer students an immersive appellate experience that only a clinic dedicated to appellate work can offer.”

The Appellate Litigation Clinic is one of nine that are offered as part of the Milton and Charlotte Kramer Law Clinic.  One of the oldest in the country, the Kramer Law Clinic is celebrating the 50th Anniversary of its establishment this year.  Under Case Western Reserve’s Capstone requirement, every student undertakes a Clinic or intensive externship during their third year.

The Appellate Litigation Clinic accepts appointments in criminal cases from both Ohio courts of appeals and the Sixth Circuit, the federal appellate court located in Cincinnati. “Most of our work involves criminal appeals, because that’s where the greatest need is,” Pollis explained. “What I did not anticipate is how profoundly impactful students’ work on these cases can be.”

Pollis explained that the Clinic’s victories have typically involved procedural errors, such as deficient guilty-plea colloquies, speedy-trial violations, or other irregularities often divorced from the facts of the case. “It’s unusual to have a factual challenge on appeal—that is, to challenge whether the defendant engaged in the charged conduct.”

In rooting out procedural errors, students have discovered how common they are, particularly at the misdemeanor level. Courts, Pollis said, are processing cases against defendants accused of minor crimes without protecting all their rights. “What we’ve seen is systemic. And we’re not bashful about calling it out.”

Schon said his experience “was demonstrative of the team effort in both the Clinic and the Law School, and this is an experience that I won’t soon forget.”

The Clinic has also spotted opportunities to challenge doctrinal standards when the law is flawed. The Ohio Supreme Court case is a great example: The client pleaded guilty without knowing about an audio recording of the crime scene that prosecutors withheld from him and that would have made a difference to his plea decision. The trial court denied his motion to withdraw the plea, and the court of appeals affirmed, applying a standard that Clinic students Knauf, Raleigh, and Megan Moro—in a brief filed October 4—argue is too narrow.

“We’ve asked the Supreme Court to broaden the standard in this type of circumstance,” Knauf explained. “It’s the most meaningful work I’ve ever been a part of.”

Added Moro, “They’ve agreed to consider whether they should do so. Even getting that far is a big step.”

It was Shell, Pollis’s teaching partner, who achieved the big step, drafting the successful petition urging the Supreme Court to take the case. Shell was a student in the Clinic’s inaugural cohort and the first among them to argue a case. He now clerks for Wisconsin Supreme Court Justice Rebecca Frank Dallet (LAW ‘94). “I fell in love with appellate work during my time in the Clinic. My experience there led to my clerkship, where it prepared me to hit the ground running.”

And Shell echoed Pollis’s view about the importance of the work they’re doing. “We’re shining the light on institutions, like municipal courts, that most appellate attorneys don’t pay much attention to. But so many people’s lives are impacted by what happens there, it’s important that those institutions are held to account.”

Pollis, a self-described “procedure wonk,” added that he and Shell also strive to ensure that students see the granularity of the appellate-court system itself, and many of their cases present opportunities for doing so.

“It’s surprising how often there’s something wrong with appellate jurisdiction that needs to be fixed before the appeal proceeds,” he explained. “Sometimes there’s a problem with the record. We get into all these details with our students and do some puzzle solving to figure out how to make it all right. I can’t deny that working through those issues with students is one of the greatest joys of the practice for me.”

But Pollis is quick to add that the greatest joys of all are seeing a student’s pride at the conclusion of a well-delivered oral argument and watching students share good news with a client after a victory.

Haile explained that although she spent many hours mooting the argument with her professors and colleagues, “nothing prepared me for the feeling of speaking with my client’s mother, who had watched the argument over Zoom, and hearing how happy she was with my performance.” Pollis said there’s “nothing more satisfying about this job than witnessing those student triumphs.”

The Clinic is currently in its third year as a one-semester offering. Within the next few years, Pollis and Shell hope to grow the Clinic to run both semesters and to accommodate more students. Whatever the future holds for the Clinic, one thing is certain: It will continue to deliver to clients enthusiastic, top-quality advocacy from some of the brightest and hardest-working students at the School of Law.