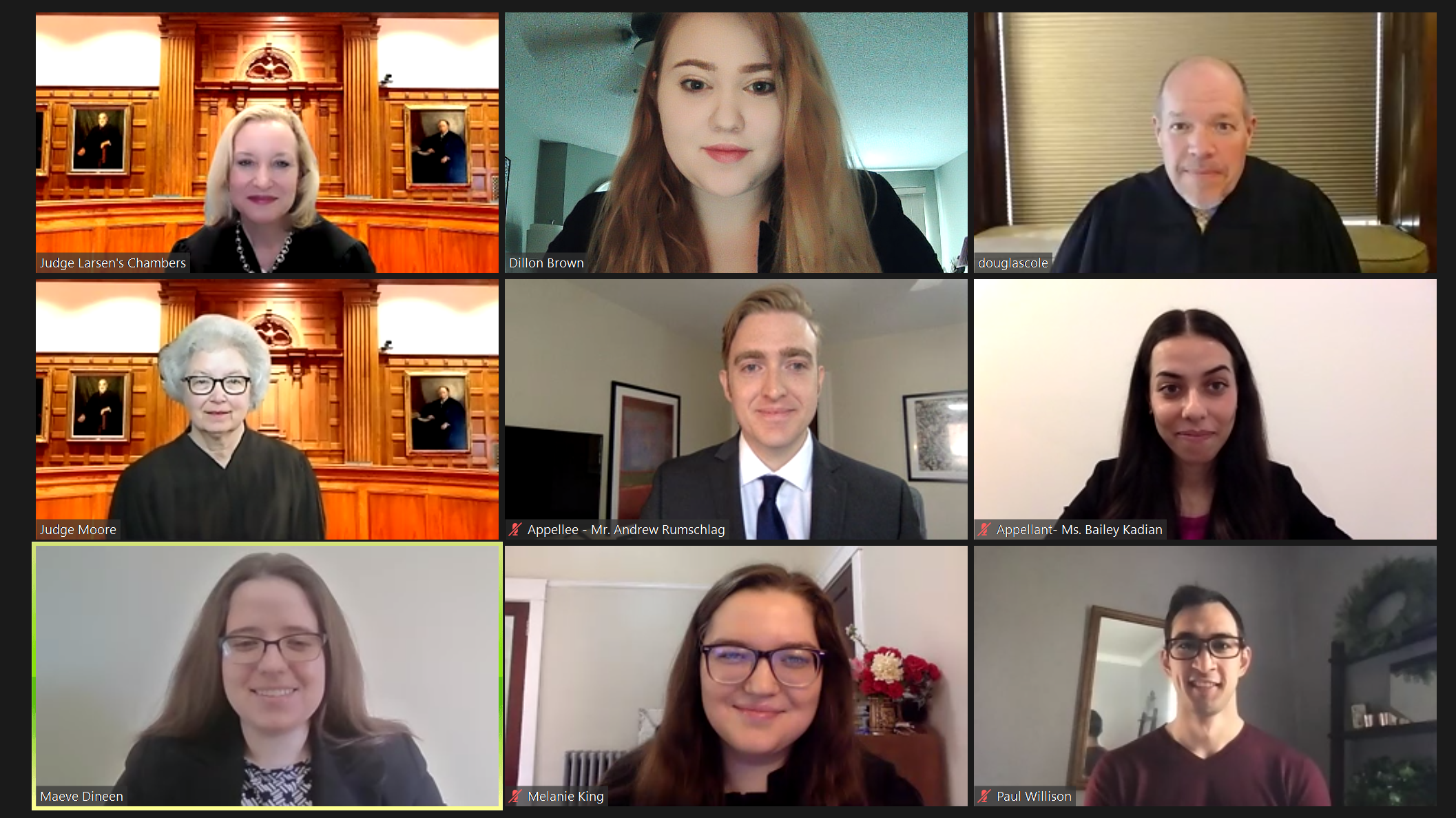 Every spring, the Case Western Reserve University School of Law hosts the Dean Dunmore Moot Court Competition, an intramural appellate advocacy tournament where second and third year students compete in an NCAA bracket-style competition judged by faculty members, local judges and experienced practitioners. The competition is named for Walter Thomas Dunmore, who became the first full-time member of the law faculty in 1905 and served as Dean of the Law School for a record 35 years, from 1910 to 1945. 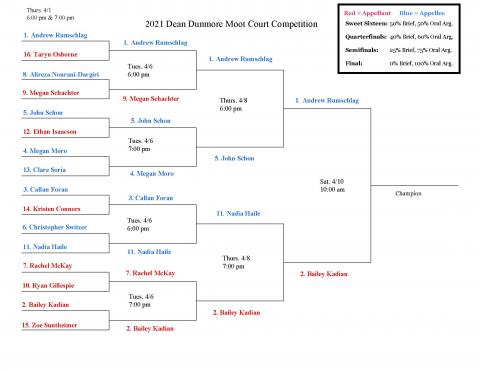 The 2021 Dunmore competition was held virtually, and began with 16 students. Two weeks and six rounds later, Bailey Kadian and Andrew Rumschlag argued in the final round before Judges Karen Moore and Joan Larsen of the U.S. Court of Appeals for the Sixth Circuit, and Judge Douglas Cole of the Federal District Court for the Southern District of Ohio. In a close match, the judges voted Kadian the winner.

In addition to making it to the finals, Rumschlag won the Best Brief Award and the Dean Dunmore Award for earning the best combined brief and oral scores. Clare Soria won the Best Oral Advocate Award.